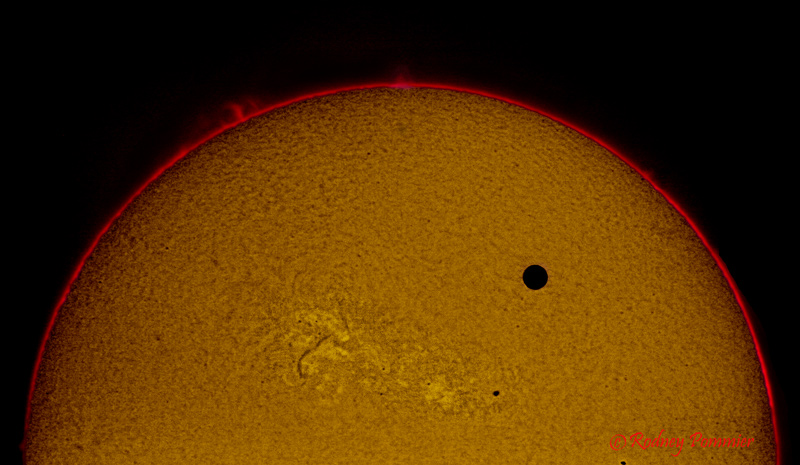 The transit of Venus of 2012-06-05 in hydrogen alpha, near the time of mid-transit. The image shows the hydrogen alpha network on the disk of the Sun, sunspots, which appear much smaller than in white light images, bright plages around sunspot groups, solar filaments (prominences in silhouette against the brighter solar disk) prominences around the edge of the chromosphere, and the silhouette of Venus.