Trio Gassendi (Gassendi, Gassendi A and Gassendi B) 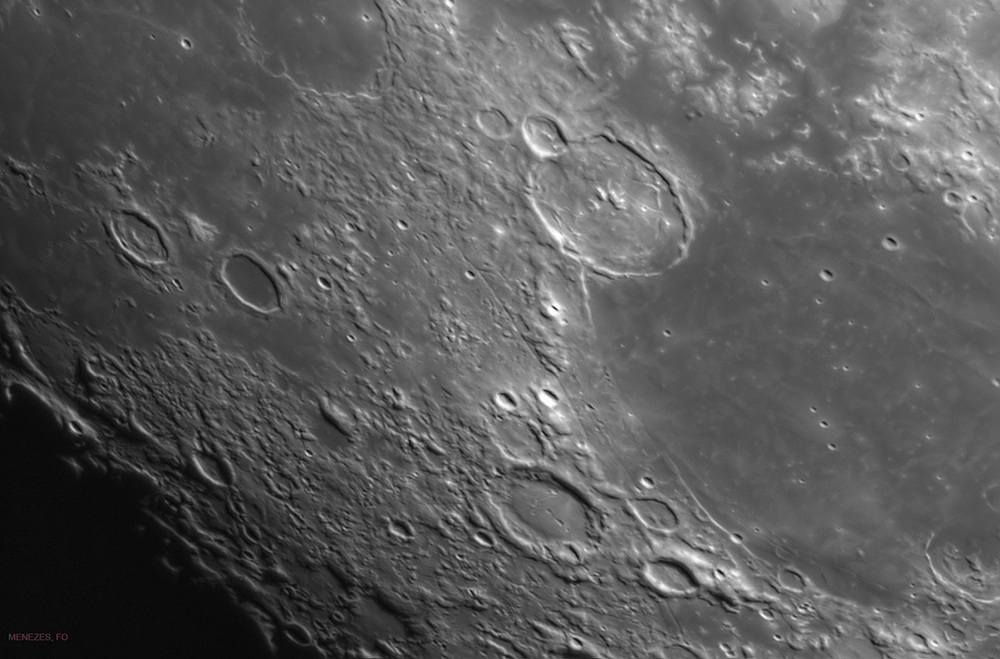 The surface of the crater is cut by a multi-channel system (rille), which gives a "fractured" appearance to the floor. This channel system was named after Rimae Gassendi. The various channels on the crater floor are the result of volcanic and tectonic forces. In April 1966, members of the "BAA Lunar Section" reported the appearance of a sudden reddish glow in Gassendi. This reddish coloration was confirmed by several experienced observers of the time. From there, Gassendi became a hot target for the search for Transient Lunar Phenomena - transient lunar phenomenon, brief or fleeting, which are described as rapid appearances of lights, colors or change of appearance in the visual, which could demonstrate the existence of volcanic manifestations, escape of gases or other geological processes that supposedly would imply that the moon would not be geologically dead.