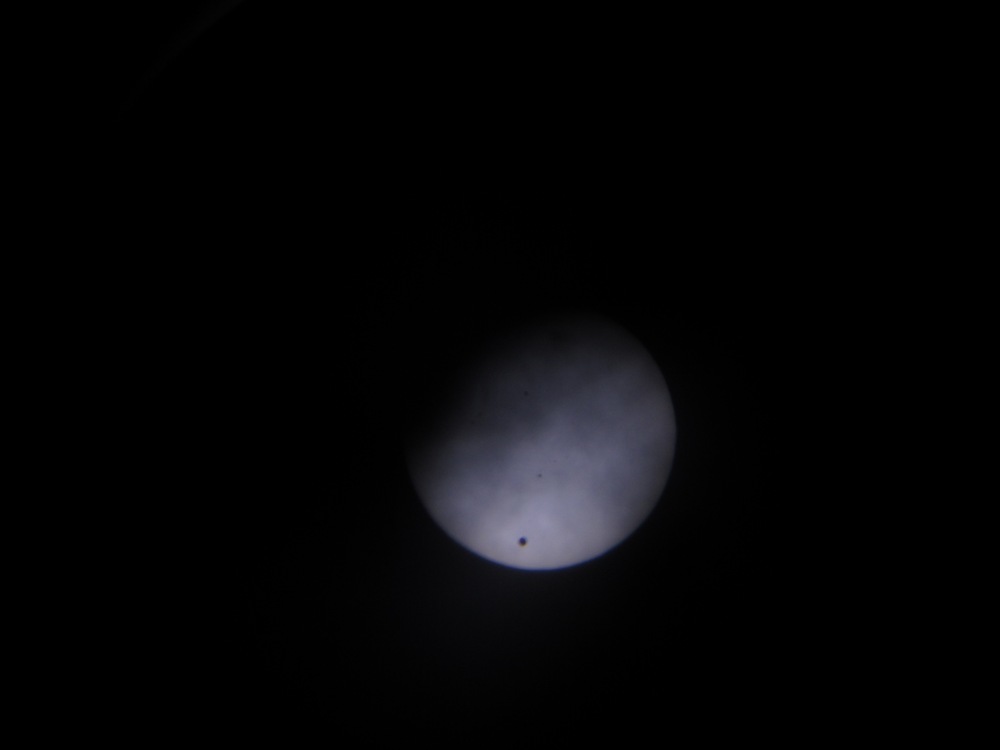 A transit of Venus across the Sun takes place when the planet Venus passes directly between the Sun and Earth (or another planet), becoming visible against (and hence obscuring a small portion of) the solar disk. During a transit, Venus can be seen from Earth as a small black disk moving across the face of the Sun. The duration of such transits is usually measured in hours (the transit of 2012 lasted 6 hours and 40 minutes). A transit is similar to a solar eclipse by the Moon. While the diameter of Venus is more than 3 times that of the Moon, Venus appears smaller, and travels more slowly across the face of the Sun, because it is much farther away from Earth.