A Thrilling Trio of Variable Stars 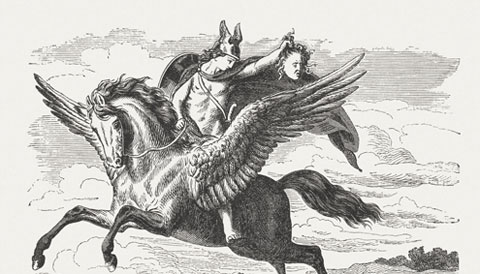 These three variable stars will hold your attention for nights on end.

So people may be surprised to learn that three of the greatest amateur astronomers of the 20th century, all widely famed for their interest in more visually rich classes of astronomical objects, all widely treasured for their skilled and beautiful astronomical writing, were devoted, masterful, and passionate observers of variable stars.

Three men and three stars. These three great amateur astronomers are, in chronological order: William Tyler Olcott; Leslie Peltier; and Walter Scott Houston. This is a great time of year to ponder the topic of variable stars and what may have inspired the interest of these men in them. Our current sky offers the best evening visibility for the three most important, prototypical variable stars — all within a few hours of right ascension and within a few constellations of one another. The three variable stars are, west to east: Delta (δ) Cephei, the prototype of the Cepheid variable class; Omicron (ο) Ceti (Mira), the prototype of long-period or Mira variables; and Beta (β) Persei (Algol), the prototype of eclipsing binaries.

Let’s take a closer look at these these three variable stars.

Delta Cephei, Mira, and Algol. I wrote about Delta Cephei in last October’s installment of this column. This pulsating star drops in brightness from magnitude 3.5 to 4.4 and back to maximum in 5 days, 8 hours, and 48 minutes. It forms a small triangle with excellent comparison stars for its maximum and minimum, and it’s also a gorgeous and easy orange and blue double star.

Delta heads a class of variable star known as “the Cepheids,” which offered us a key to establishing distances in the universe. The variability of Delta Cephei was discovered in 1784 by astronomer John Goodricke. Goodricke lost his hearing after falling ill at age 5, but he received a solid education in mathematics and natural philosopy nonethless. He died of pneumonia at the age of 21, but not before proposing the correct explanation for the variability of Algol.

Mira is a long-period variable in the neck of Cetus, the Whale, that goes from one maximum to the next in about 332 days. Mira typically ranges from about 9th or 10th magnitude to 4th or 3rd magnitude, but it occasionally peaks at 2nd magnitude — and once even rivaled 1st-magnitude Aldebaran.

Mira is approximately 500 times the diameter of the Sun and so cool (for a star) that it has water vapor in its outer atmosphere. The star’s variability was first noticed by German pastor David Fabricius back on August 13, 1596, but he seems to have believed it was a nova.

Algol marks the severed head of the monster Medusa in the grasp of Perseus. Algol dims from magnitude 2.1 to 3.4 over a period of 2 days, 20 hours, 48 minutes, and 56 seconds, with both the dimming and brightening taking about 5 hours each. Though Goodricke was the first to figure out Algol dims due to eclipses by its cooler companion star, the variability of Algol seems first to have been recorded by Italian astronomer Geminiano Montanari in 1667.

Next time: the 20th-century three. I’ve only just gestured at the accomplishments of Goodricke, Fabricius, and Montanari this month, but in next month’s column, where we take further looks at awe, total solar eclipses, and more, we’ll also discuss the “20th-century three” mentioned above and their love of variable stars.