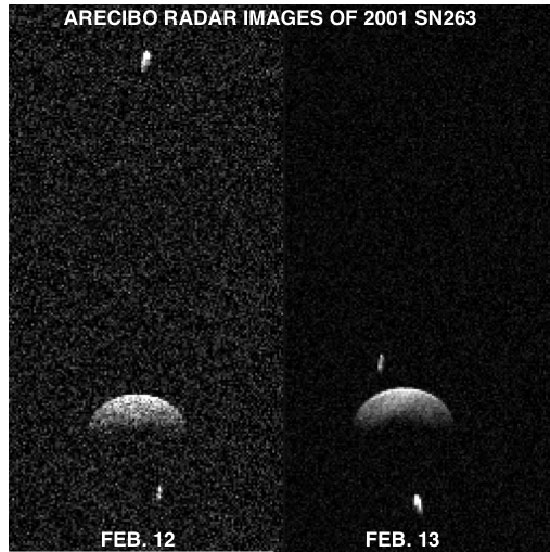 In the past decade, new observations have shown that asteroids are no longer the solitary, dense, potato-shaped rocks we thought them to be, orbiting the Sun unchanged eon after eon. The December issue of S&T describes the latest research that paints a different picture. Asteroids, it turns out, are porous collections of small rocks — no more dense than water — and as these loose rubble piles evolve over time, they often break apart into pairs and even triplets. What started as a few groundbreaking observations has turned into 214 detections of multiple asteroid systems, include 204 binaries, 9 triples, and Pluto's unique sextuple system.

How does one asteroid become two, or even three? The simulation below shows the evolution of an asteroid from above (left) and the side (right). Gravity holds the "rubble-pile" together, and as it rotates, the angular acceleration forces the small rocks to reposition themselves into an elongated shape. Eventually, the asteroid fragments into multiple pieces and forms a binary system.