Caves on the Moon and Mars 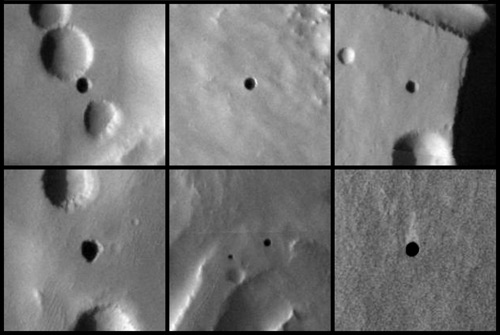 As Robert Zimmerman’s cover story of the April 2013 issue explains, Earth is not the only world in the inner solar system with caves. The same volcanic processes that created some of Earth’s caves also occurred on the Moon and Mars. Using imagery from a variety of orbiters, geologists have spotted a number of openings on these other worlds that don’t have the classic features of impact craters. Some, most, or all of these features are likely to have underground passages that would offer substantial protection and stable temperatures for future human explorers and colonists.

We show below additional photos of possible caves on the Moon and Mars that couldn't fit in the article.