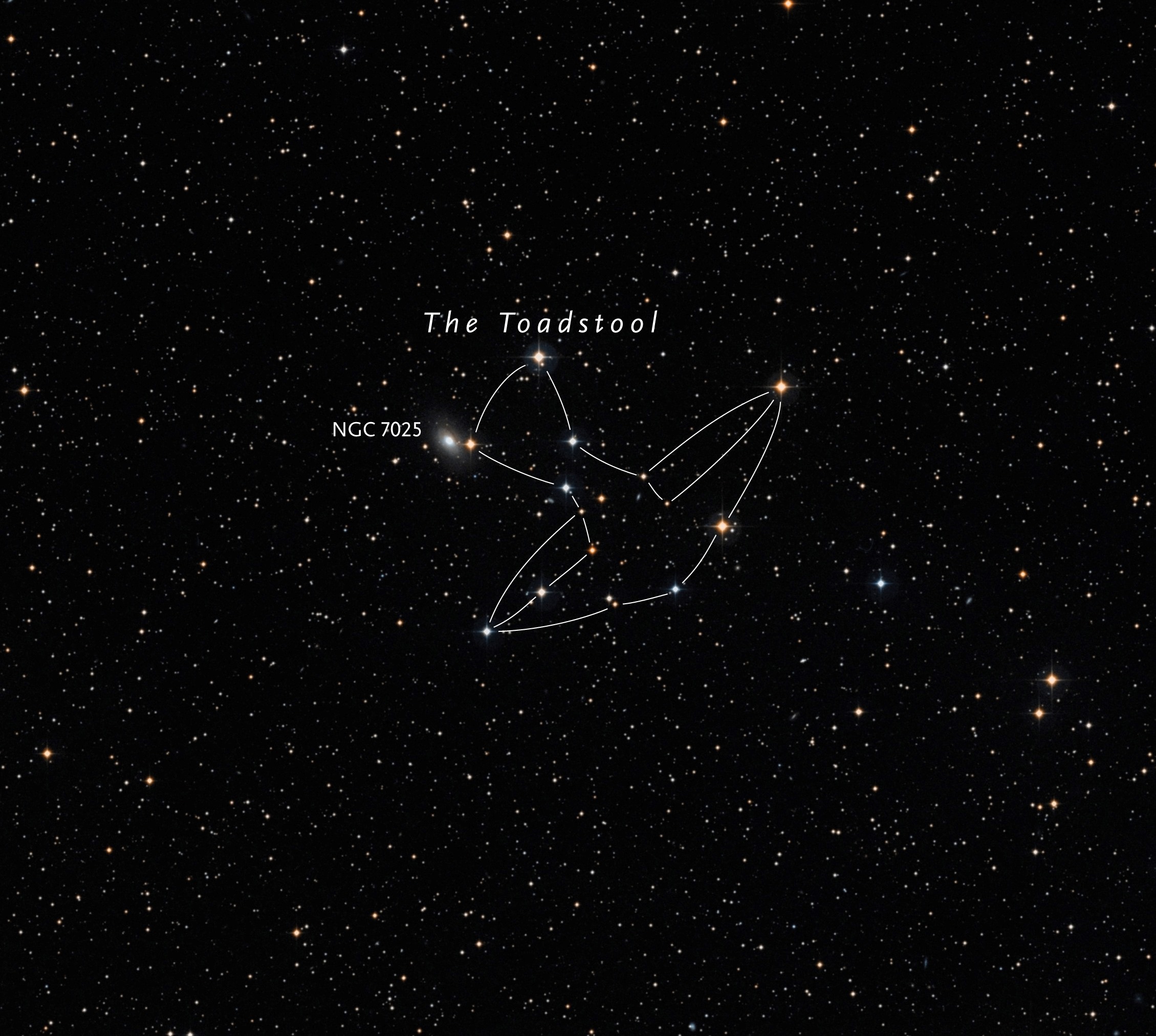 Approximately a dozen 9th- to 12th-magnitude stars make up French 1, also known as "The Toadstool," in Delphinus. Click on the image to see a larger view.
POSS-II / STScII / CalTech / Palomar Observatory; S&T

In the October 2015 issue, Sky & Telescope contributing editor Ken Hewitt-White provided some tips for "going deep" in the area of NGC 7006 in the constellation Delphinus. Here we offer a few additional images to help you navigate the region. We're also showing downloadable tables of the target objects for printing and/or uploading to your planetarium program.

Above is a POSS-II photo showing the shape of the asterism French 1, also known as "The Toadstool," found in eastern Delphinus. The galaxy NGC 7025 (RA 21h 2.9m, Dec +16° 20′) rests on the eastern edge of asterism. Click on the image for larger view.

The second image shows the globular cluster NGC 7006. Also marked are two nearby galaxies, PGC 65907 and PGC 1501723. This pair of galaxies marks the northern corners of the quadrilateral described by Hewitt-White in the article.