In the Footsteps of the First Recorded Transit of Venus 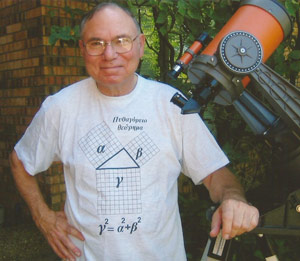 In the January 2012 issue of S&T, noted book author Eli Maor describes his visit to the small English town of Much Hoole, where astronomical history was made. In December 1639, one of the village’s residents, a 21-year-old astronomer named Jeremiah Horrocks, became the first human being to successfully predict and then observe a transit of Venus across the disk of the Sun. Dr. Maor visited Much Hoole, including the church where Horrocks worked, and he photographed the building from where Horrocks made his ground-breaking observation.

In this 14-minute audio interview with S&T Editor in Chief Robert Naeye, Dr. Maor describes his visit to Much Hoole, the historical significance of Horrocks’s transit prediction and observation, and his travels to witness both Venus transits and solar eclipses. You’ll also learn about the greatest myth associated with total solar eclipses.