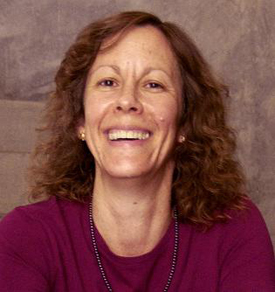 Joy Crisp is a geologist at NASA’s Jet Propulsion Laboratory in California, and the deputy project scientist for the Curiosity mission to Mars.

Joy Crisp is a geologist at NASA”™s Jet Propulsion Laboratory in California, and the deputy project scientist for the Curiosity mission to Mars.

Sometime between November 25th and December 18th, NASA will launch its new rover to Mars. Much larger than the previous Mars rovers Sojourner, Spirit, and Opportunity, Curiosity will take Martian surface exploration to an entirely new level. Spirit and Opportunity proved that liquid water once flowed across the Red Planet’s surface. But Curiosity’s suite of sophisticated science instruments will tell scientists whether those watery environments could have supported life as we know it. Award-winning science journalist Emily Lakdawalla describes the new rover and mission objectives in her cover story for the December 2011 issue of Sky & Telescope.

In a 16-minute interview with S&T editor in chief Robert Naeye, Curiosity deputy project scientist Joy Crisp talks about the goals and capabilities of the new rover. Dr. Crisp is a geologist at NASA’s Jet Propulsion Laboratory. A former project scientist for the Mars Exploration Rover project (Spirit and Opportunity). Dr. Crisp brings many years of experience working with rover teams and studying Mars’s surface and history.

To watch an animation of how Curiosity will land on Mars, click here.