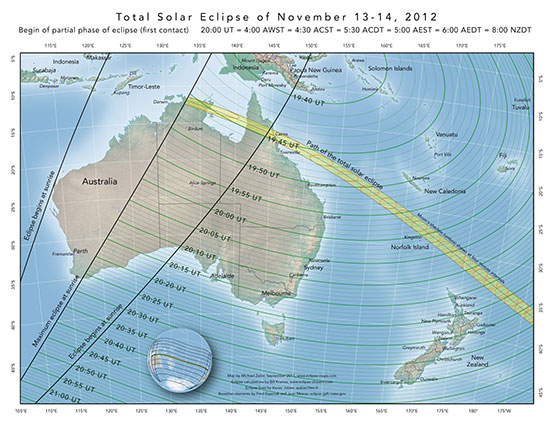 In the November issue of Sky & Telescope, Michael Zeiler writes about the history of eclipse maps. Even as long ago as 1715, astronomer Edmond Halley was able to calculate an eclipse map that was accurate to within 3 km. Now Michael Zeiler's eclipse maps have unprecedented accuracy, and the start of the eclipse can be timed down to 0.1 seconds.

Zeiler maintains a large database of eclipse maps. Below, we show a select sample of maps related to the total eclipses over the next five years. For high-resolution versions of the below images, and many more besides, go to www.eclipse-maps.com.

The total solar eclipse on everyone's mind is the one coming up in Australia:

After that, the next solar eclipse will occur almost a year later on November 3, 2013. This one's a hybrid — it's total in the middle of the eclipse path, but annular on either end: 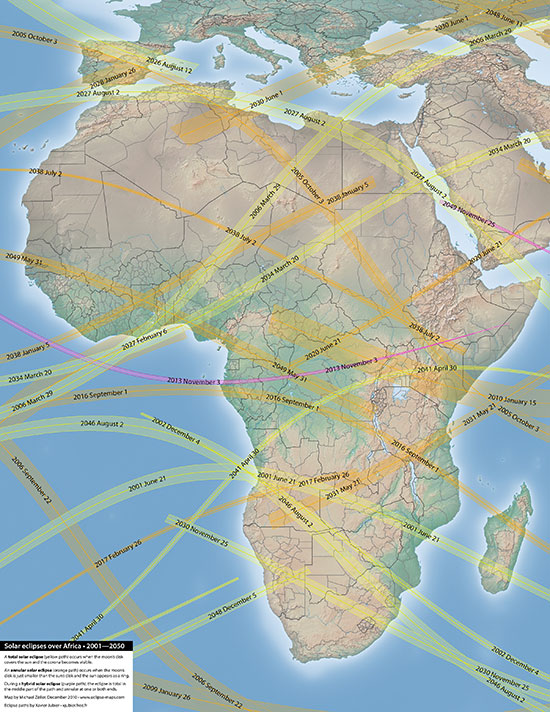 On March 20, 2015, a total solar eclipse will cross over Svalbard in the Arctic Circle: 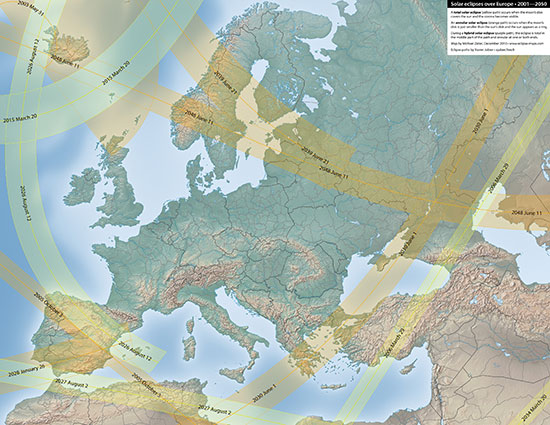 Indonesia will see the next total solar eclipse on March 9, 2016: 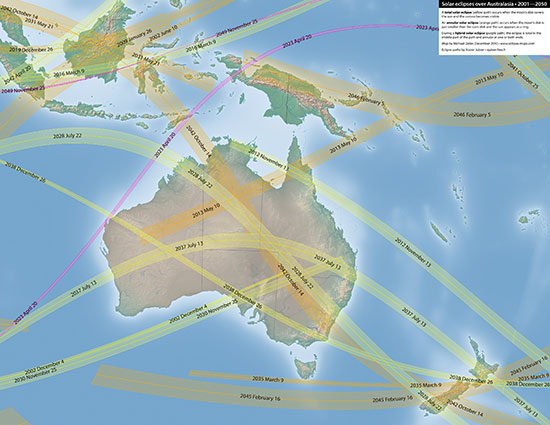 And finally, five years from now, a total solar eclipse will fall upon American shores: 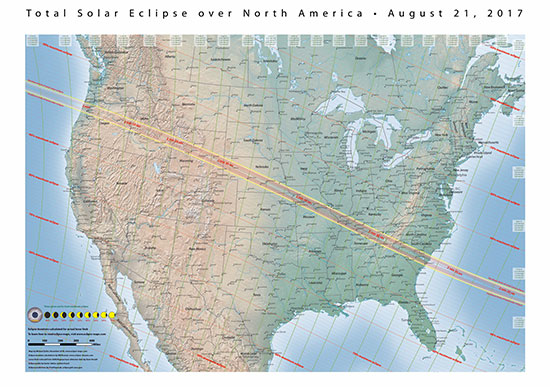