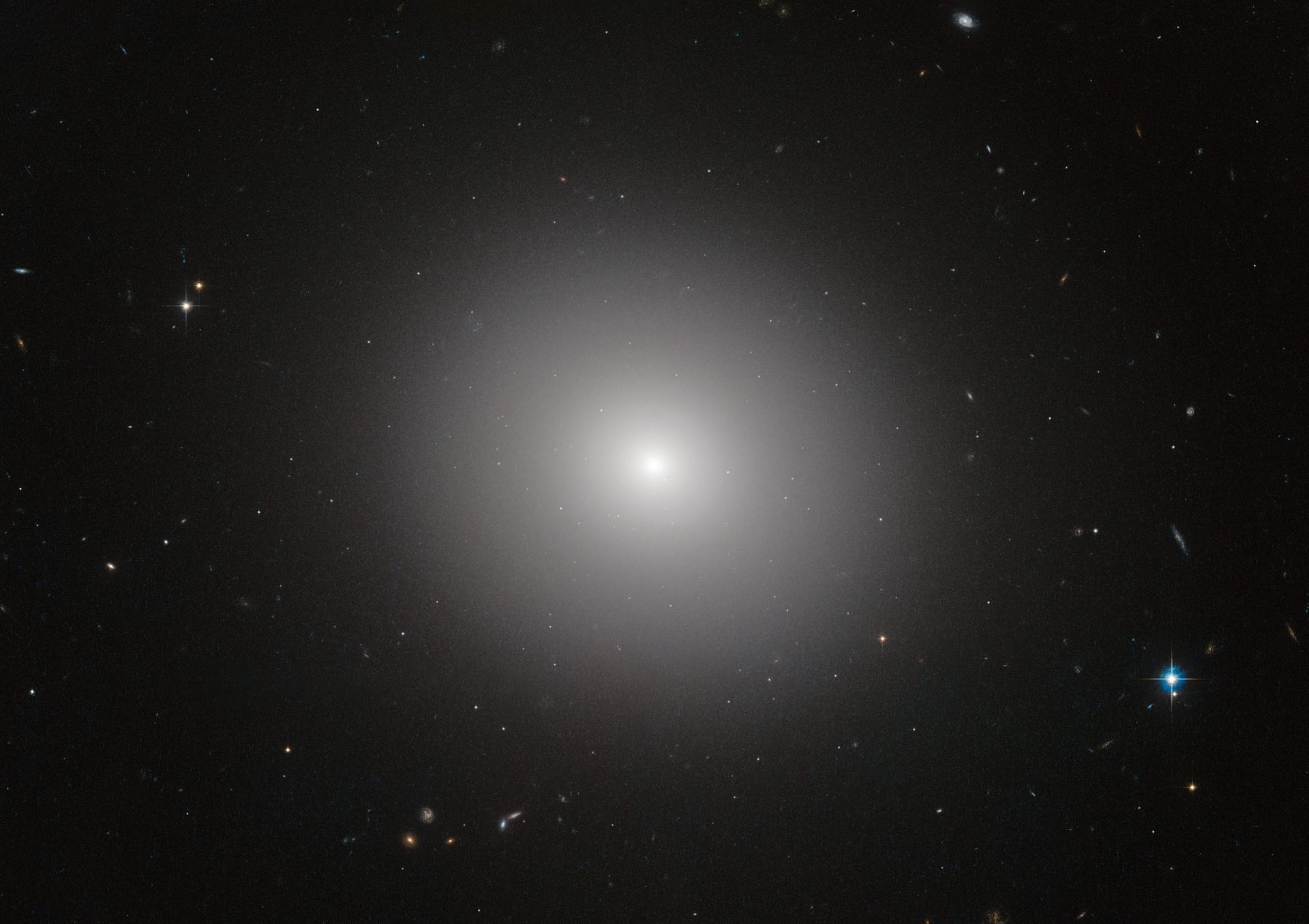 Take advantage of early evenings and dark winter skies — turn your scope southward to view some of the most massive objects in the universe.

If you've been hankering to expand your deep-sky observing skills, turn your scope toward this list of elliptical and cD ("central diffuse") galaxies. You'll find them concentrated in the most-observed galaxy clusters: the Virgo Cluster; Fornax Cluster; Coma Cluster; but other places as well. Most of these massive ellipticals (you can read that "massive" literally, as some of them tip the scale at a trillion solar masses, or you can read it colloquially, in that ellipticals can be tremendously broad, stretching 50,000 light-years in diameter), are the result of galactic mergers. When two or more comparable galaxies collide, they may combine into one behemoth elliptical. Unlike spiral and irregular galaxies, which are characterized by their star-forming regions of gas and dust, ellipticals are populated by older red stars. They function as archives of galactic collision, often showing multiple nuclei and halos shot through with a vast number of globular clusters (NGC 4889 is estimated to hold more than 30,000 globular clusters in orbit).

Contributor Richard Jakiel gave us a great tour of these "monster galaxies" in the January 2016 issue of Sky & Telescope. Here, were providing a list he compiled to guide your initial observations (download as a PDF file or an Excel file). Ellipticals present a challenge for visual observers. Although some are high surface brightness objects, others have been dimmed by intervening gas and dust. And structure can be deceptive — spirals can masquerade as "disky" ellipticals when viewed almost edge-on, and the difference between lenticular and elliptical galaxies when viewed through a scope can be difficult to judge. So start with a few well-known objects, like M87, and push on from there. The fun is in the chase!

Let us know how your elliptical observing went via e-mail or by leaving a comment.