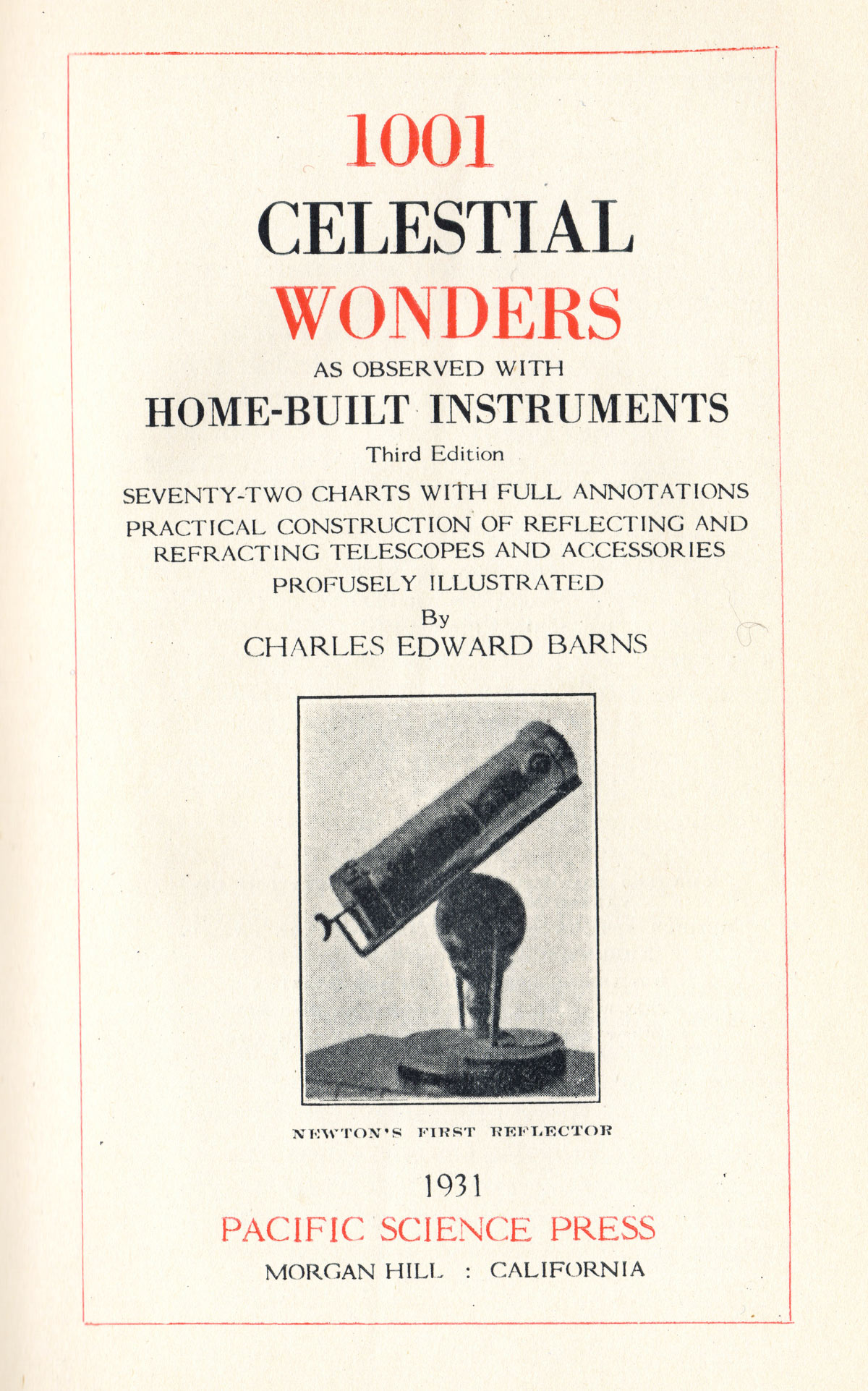 In the July 2016 issue of Sky & Telescope, Jim Mullaney presents "A Forgotten Observing Classic": the story of Charles Edward Barns and his delightful 1927 amateur-astronomy guide 1001 Celestial Wonders as Observed with Home-Built Instruments.

Today Barns's reputation, to the extent that the amateur community knows of him at all, stems from his colorful and evocative descriptions of the 1,001 telescopic sights in his book. We didn't have room for very many excerpts of these in the magazine. So here is Jim Mullaney's much longer sample of them, in order of right ascension, followed by more illustrations of the book. Enjoy.

Thank you for this review of an amateur astronomy classic.