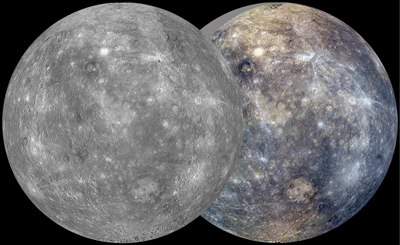 Messenger data from the spacecraft’s first Mercury solar day (176 Earth days) in orbit went into these two global maps, one in monochrome and the other in enhanced color.

Our April 2012 Mercury feature boasted beautiful planetscapes and fascinating discoveries. But we can only fit so much on a page. Here you'll find more fantastic sights of the closest world to the Sun, plus the latest news on the Iron Planet.

March 2012: After a full year of scrutiny by NASA's Messenger orbiter, the innermost planet is revealing itself to be unique — and downright confounding — to the project's scientists. Messenger team members report the latest Mercury findings at the 43rd Lunar and Planetary Science Conference. 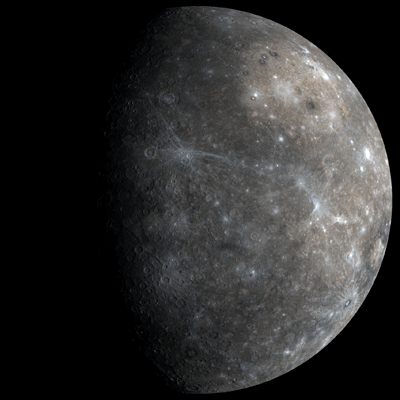 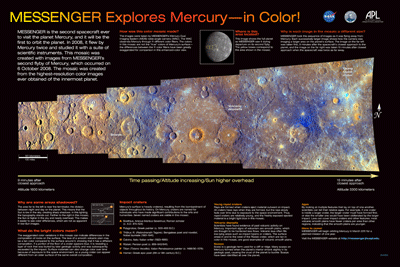 This enhanced-color mosaic shows a strip of Mercury”™s surface as seen by Messenger during its second flyby. The colors come from the 11 filters of the spacecraft”™s Wide Angle Camera. The distance between the two orangey craters in the middle is just over 100 miles.

Messenger data from the spacecraft”™s first Mercury solar day (176 Earth days) in orbit went into these two global maps, one in monochrome and the other in enhanced color. 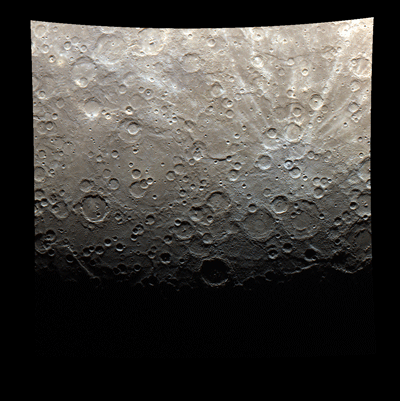 At first glance, much of the surface of Mercury is reminiscent of the lunar landscape. But Mercury doesn”™t have the Moon”™s distinct bright highlands and dark maria, nor does it display the wide range of geologic processes found on other terrestrial planets. 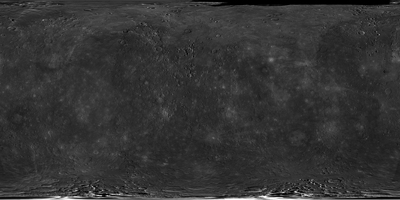 This image shows a global mosaic that covers over 99.9% of Mercury's surface. Variations in the appearance are due to differences in the Sun's illumination and viewing angles for the different images, which were taken over a six-month period.