Shooting the Transit of Venus 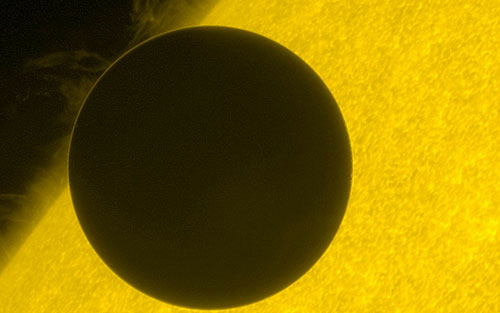 The cover story of S&T's October issue follows the scientists who observed the historic transit of Venus and their efforts to leave a complete record for future observers of Venus's next transit in 2117.

Author Jay Pasachoff led a team that traveled to the Haleakala summit in Hawaii to capture spectacular views despite heavy winds. Videographer Aram Friedman accompanied Pasachoff to the summit. Friedman produced a time-lapse movie of the transit, accompanied by time-lapse movies of team members operating their equipment and clouds streaming across and down Haleakala’s slopes.