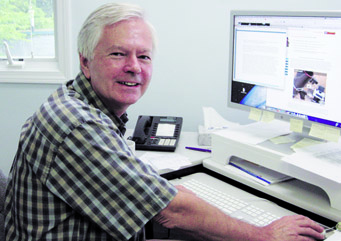 Arne Hender, the director of the AAVSO, seen here at his desk.

Arne Henden, the director of the AAVSO, seen here at his desk.

The American Association of Variable Star Observers (AAVSO) is about to celebrate its 100th anniversary. It is perhaps astronomy’s most successful example of 20th-century professional-amateur collaboration.

Senior editor Dennis di Cicco recently spoke with AAVSO Director Arne Henden about the changes that have taken place in the past century, as well as some of the exciting new projects the organization is undertaking. Dennis’s introduction to the video also looks at the unusual connection that Sky & Telescope has with the AAVSO.