Who’s the most important astronomer of the 20th century? Many astronomy aficionados would quickly reply with the name Edwin Hubble, who proved the existence of external galaxies and later discovered the expansion of the universe. These two profound discoveries — among the greatest in the history of science — led to our modern conception of cosmology. But I would submit the name of the astronomer who built the telescopes that made those discoveries possible: George Ellery Hale. 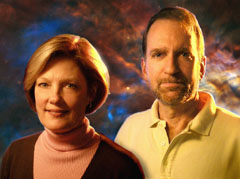 Film producers Todd and Robin Mason recount Hale’s remarkable life story, including his struggle with mental illness, in an extraordinary television documentary, The Journey to Palomar, which will air on public television beginning November 10th. (Check your local listings for the precise dates and times.) They also tell part of the story in the December 2008 issue of Sky & Telescope. Click below for: