Xenon measured by the European Space Agency's Rosetta spacecraft has shed light on a long-standing mystery about the role comets played in Earth's formation.

A noble gas is serving as a key tracer for sleuthing out early solar system formation. Researchers led by Bernard Marty (CNRS, France) announced June 9th in Science that the chemical signature of the gas xenon — an element that exists in minute quantities in Earth's atmosphere — was also detected in the tenuous envelope surrounding Comet 67P/Churyumov-Gerasimenko in the final months of the European Space Agency's Rosetta mission.

Xenon is a noble gas, element number 54 on the periodic table. Because it doesn't react with other elements, it serves a crucial role in tracing the source of proto-solar material that ultimately created Earth and other planets. This gas has nine different isotopes, each containing a different number of neutrons. The lightest isotopes of xenon are created during supernova explosions; its medium-weight isotopes form when low- to medium- mass stars enter the asymptotic giant phase of their lives; and the very heaviest occur during energetic neutron star mergers.

“Xenon is the heaviest stable noble gas and perhaps the most important because of its many isotopes that originate in different stellar processes,” says Marty in a recent press release. “Each one provides an additional piece of information about our cosmic origins.”

The proto-solar nebula from which our solar system emerged contained a mix of recycled material from earlier stars. The xenon present in Earth's modern atmosphere has a relatively high abundance of heavy isotopes. However, lighter xenon isotopes are lost to space over time.

By accounting for this measured loss, scientists soon realized that the levels of heavy isotopes in Earth's primordial xenon mix (referred to as “U-xenon”) were lower than that found in xenon's ratios elsewhere in the solar system, such as in the solar wind and asteroids. Such a discrepancy has become known as the “xenon paradox.”

Sleuthing Out Chemical Clues From Comets

Comets have unique compositions because they formed very far from the Sun. For example, their ratios of deuterium to hydrogen are consistently higher than anywhere else in the solar system. Should xenon show similar discrepancies?

To get the key samples from Comet 67P, Rosetta had to get within just 5 to 8 km of the nucleus. This was a challenging maneuver for the mission's navigation team, as dust sublimating off the comet can confuse the spacecraft's star trackers. ESA controllers decided to perform the critical maneuver in the last half of May 2016.

The spacecraft used a mass spectrometer in its ROSINA instrument suite to measure xenon isotope levels over a span of three weeks. This extended study identified seven isotopes of xenon, with a relatively abundant blend of light isotopes relative to heavy ones. This ratio is markedly different from that seen in asteroids and the solar wind today — but similar to the predicted U-xenon ratio of primordial Earth. Marty and his team conclude that comets contributed 22% to the mix of xenon sources delivered to Earth,

This is also the first time that scientists were able to establish a definitive link between comets — thought to represent pristine examples of the early solar system — and the atmospheric composition of Earth. Comets delivering xenon to the early Earth likely contributed prebiotic material such as the amino acid glycine and phosphorus, also detected by Rosetta on Comet 67P.

But Earth's water lacks the high D:H ratio seen in Comet 67P, so comets must have played a limited role in delivering water to the Earth. A more likely source for that, geochemists now suspect, was the population of water-rich carbonaceous chondrite asteroids.

“This conclusion is in accord with previous measurements performed by Rosetta,” says Kathrin Altwegg (University of Bern, Switzerland) in a recent press release, “including the unexpected detections of molecular oxygen and di-sulphur, and the high deuterium-to-oxygen ratio observed in the comet water.”

Earth is unique in the solar system as the only world which wears its extensive oceans of liquid water on the outside — every other world inside the “frost line” of the inner solar system is bone dry.

Standard models of solar system formation predict an early creation of the outer gas giant worlds, with untold numbers of comets lingering farther out in the Kuiper Belt and trillions more flung to the distant realm of the Oort Cloud by gravitational encounters with the outer planets. Now, we're seeing just how comets may have contributed to the present composition of the inner rocky worlds as well.

Samples from Comet 81P/Wild returned by NASA's Stardust mission suggest that elements originating from the interior of the early solar nebula — particularly isotopes of oxygen — were transported outward through the early solar system.

No future comet sample return mission is in the works, though the bonanza of science returned by Rosetta certainly shows that another Stardust follow up is due.

When it comes to unraveling the riddle of early solar system formation, the new mantra for the future might be to “follow the xenon.”

Editor's Note, July 20, 2017: The number of stable xenon isotopes has been corrected to nine, in lieu of the 10 originally cited. 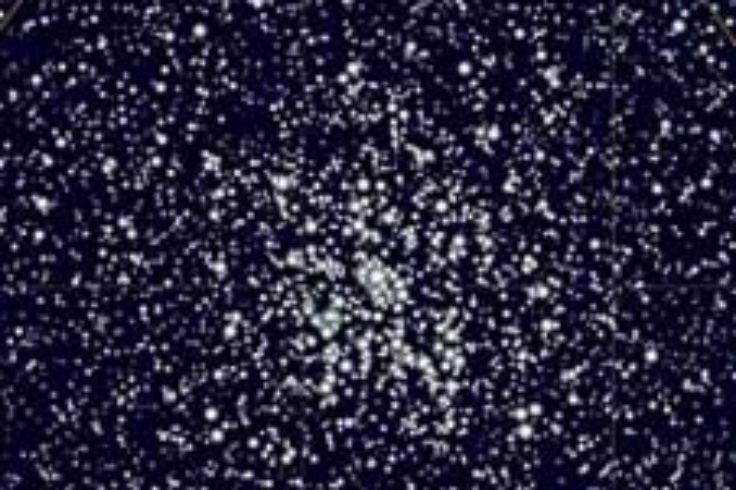