Last Friday I wrote a blog entry about NASA's plans for a lunar base, and whether the US would be able to afford such a massive enterprise given its soaring national debt. I received many interesting comments, and I apologize that I could only post a small minority of them. But I thank everyone who wrote in.

Most of the comments were either favorable or did not object to the entire premise of my essay. But several readers complained about my discussion of politics in an essay about lunar bases. As I responded briefly to some of these commentators, politics cannot be divorced from space exploration. I really wish it could, but it can't. Somebody has to pay for the missions, and unfortunately, it costs an enormous amount of money to send people into space with a decent chance of coming home alive. The farther we send them, and the longer they have to stay there, the more expensive the program. Building permanently occupied bases on the Moon will cost hundreds of billions of dollars, which will be far beyond the means of private enterprise for a long, long time.

The bottom line is that if people are going to live on the Moon for extended stays, perhaps starting in the 2020s as NASA proposes, governments are going to have to pony up for the vast majority of the cost. Only governments will be able to muster the enormous resources of money, technology, and human talent to make it happen. And as soon as we're talking about governments, we're talking about politics. There's no way around it. If you want to see lunar bases in your lifetime, and particularly ones operated by Americans and our allies, don't complain about my blog essay. Write your Congressional representatives and tell them to quit wasting enormous amounts of your tax dollars on pork and destructive endeavors, and tell them to bring the federal budget into balance. And while you're at it, tell them to increase their support for NASA and space science. 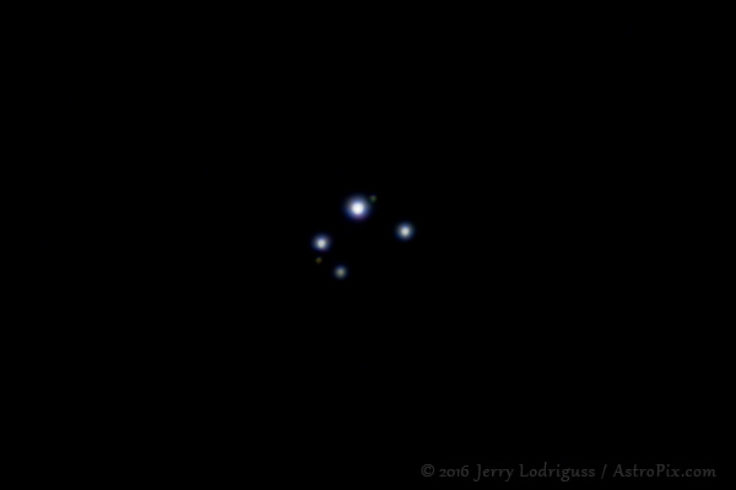 The Merope Nebula and Its Well-Kept Secret