I first learned of Italian amateur astronomer Mauro Zanotta two days before Christmas in 1991. I had been asked to confirm a comet independently discovered by him and Howard Brewington in the United States. The comet was just a little brighter than 10th magnitude and moderately condensed, making it relatively easy to spot. Zanotta, who had seen the comet first, was an active observer. He made the discovery at his alpine observing site near Laino Mountain in northern Italy near the Swiss border. 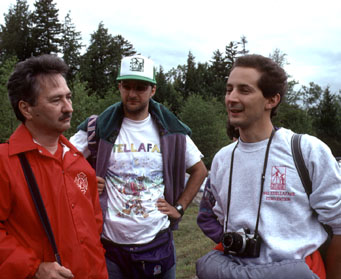 Now I’ve learned that Zanotta died in a tragic skiing accident a week ago. According to Massimo Uberti, his long-time friend and fellow amateur, Zanotta was skiing down an incredibly steep slope on Mont Blanc when something happened just 150 meters from the end of the trail. The accident ended a life too short. Zanotta, who was born in Milan, was only 46 years old. For most of his life, astronomy and skiing were his passions. He loved observing, and cherished the hours he spent searching for comets. He was married and the father of a 4-year-old son.

Zanotta’s comet discovery came near the end of the golden age of visual comet hunting. At the time a small commando unit of amateur astronomers hunted for comets, competing with each other and with the photographic surveys then underway. Automated CCD surveys were not yet in vogue, though we had a glimpse of the future when the first CCD comet discovery at the University of Arizona’s Project Spacewatch took place just a few weeks earlier.

Zanotta’s comet, officially known as C/1991 Y1, arrived with little fanfare. Many of us in the astronomical community knew at the time that CCD discoveries would increase in the years ahead, but I had no conception of the extent to which the new technology would take over. It need not be said that CCD finds now utterly dominate comet discoveries — there hasn’t been a visual one since 2006. 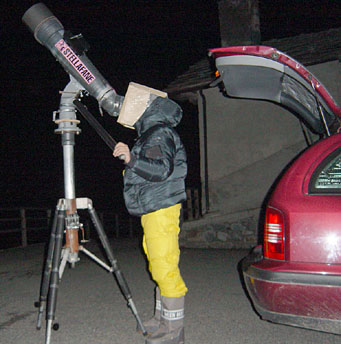 Working in the twilight years of the golden age of visual comet hunting, Mauro Zanotta did much of his observing from an alpine site in northern Italy.

I never got to meet Zanotta. I wish I had. We had much in common, including our mutual love of astronomy, and we might have enjoyed observing together. I do know that Zanotta did meet Howard Brewington during a trip to the United States in the summer following their discovery, and that they did some comet hunting together. We might have also enjoyed discussing the things that amateurs like, such as the future of astronomy and that despite the new equipment then available, finding comets visually would become more difficult in the future. Searching would always be easy, but making a discovery would be the hard part.

But Mauro Zanotta was one of the lucky ones who discovered a “brave new world,” as Miranda said in Act 5 scene 1 of Shakespeare’s play The Tempest. His eyes were the first to see the comet that would forever bear his name. His untimely death is a lesson reminding us to cherish each moment when we go out and watch the stars. Rest in peace, Mauro. You done good.