Musing on a long-lost Asimov gem.

I live on Capitol Hill, a short walk from my office in the Library of Congress. It’s a gentrified neighborhood of old Victorian houses, and you can often find all manner of valuable items left on the sidewalk.

Usually I don’t find anything particularly enlightening, but one day recently I unearthed a treasure. In a mostly forgettable box of paperback novels and obsolete travel guides lay a textbook that caught my eye: Psychology Today: An Introduction, Second Edition, from 1972. Reflexively, I glanced at the front inside cover. At the bottom of a long list of contributing consultants, it read: “Chapter Introductions written by Isaac Asimov.”

Say what? Are you kidding me? No, the book was not kidding. I took that one home.

Each of the 34 chapters opens with a short, informal essay of roughly 500 words by the great science-fiction master and science writer. They are playful, irreverent, personal, often humorous, sometimes only loosely bound to the subject of the chapter, and always insightful. Asimov riffs on free will, the nature of consciousness, intelligence, morality, history, science fiction, and his famous three “laws of robotics” and how they relate to the questions of human psychology raised in the text.

In one of these micro-essays, Asimov brilliantly sums up one aspect of human existence. He is describing the different levels of biological organization and where we ourselves fit into the continuum of complexity. He starts with the viruses, which depend on living cells in order to function. Then there are the simplest cells, such as bacteria, and more complex cells with nuclei and various component parts. These complex cells can exist as free-floating individuals or loosely bound with others in various colonial arrangements. “Finally,” says Asimov,

cells can drown their individuality and abandon their free-living abilities in order to form a multicellular organism, which may be as simple as a flatworm, or as complicated as a giant sequoia, a whale, or a man.

But, he points out, the hierarchy doesn’t end there. A multicellular organism, by itself, is generally as useless as a cell by itself. Such organisms need others to survive.

All but the simplest reproduce sexually and therefore need a mate. Many are dependent for their survival on more complex social arrangements: a herd, a school, a flock, or, in our case, a tribe or society. Some, such as the social insects, have such tight interdependence with other individuals that they form what might be called superorganisms, and one may legitimately question whether individuality resides in the organism or the hive.

Just as we, as individual multicellular organisms, are each an exquisite arrangement of 37 trillion cells, with the whole being greater than the sum of its parts, so we cannot fully manifest our humanity, or survive for long, without forming larger associations, much as we might like to think we can. Asimov:

As individual multicellular organisms … we would be less willing to agree that a complex society or state is greater than the sum of the individual organisms making it up. We would be less ready to judge that it is a cheap price to give up our individualism to become part of a society. … Yet the tug is there. It is as though we are at some stage of evolution between the multicellular and [the] multiorganismic.

It strikes me that the tension Asimov identifies here lies at the heart of many of our political, economic, and spiritual struggles. We are trying to work out how to thrive as individuals who also cannot exist without some larger cooperative order. But we’re not insects, and we cannot subsume ourselves into the hive, the matrix, or the Borg. We need our individual freedom and creativity.

But now, in the Anthropocene as never before, we are confronted with the need to make smart, coherent, collective technological choices on a planetary scale in order to survive. It would not surprise me if someday we learn that intelligent technological species on other planets — if they exist — also have had to struggle with some version of this same evolutionary dilemma.

This Cosmic Relief column first appeared in print in the June 2015 issue of Sky & Telescope.

It takes a lot of experience in writing to write such balanced articles, such as Asimov's. Thank you for the article. Please let us know when we can explore the core of the earth and drain the water from the cores of the other planets. scrub.

The idea of "the superorganic" comes up in "Introduction to the Study of man" by JZ young. A famous anthropologist discussed it as well. the idea that group selection of genes is a real hypothesis, and it may occur sometimes. Our western industrial culture's individualism is pretty selfish, pro-consumption. Groups can be unethical too, and need God's grace. The superorganic is not necessarily ethical. I think Christian stewardship of the garden is a more practical on this point. 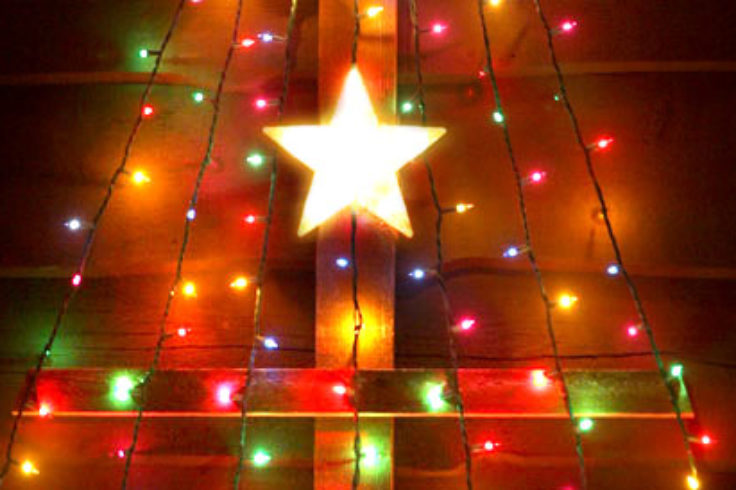 Have a Sirius-ly Scintillating Holiday!