I was intrigued that all the responses to my previous blog entry discussed encounters with wild animals rather than strange humans. (Sorry, I lost all of those comments during the switchover to the new blog technology.) I've met my fair share of wild animals, but somehow that never seems surprising to me. After all, unlike humans, most mammals are nocturnal — the night world belongs to them. 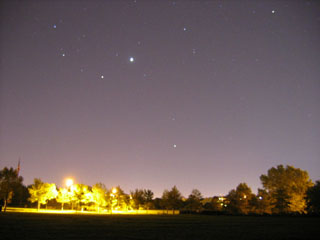 The main path across Danehy Park is well lit, but the rest of the park is blessedly dark and peaceful at night. The bright "star" in this photo is Venus, with Saturn to its lower left and Castor and Pollux beyond.

But I promised to talk about my other really strange encounter. This one happened at Danehy Park, right across from the S&T offices, built atop the old Cambridge city dump. There are often people wandering around there at night -- though I believe this was back in the days when there were signs saying that the park was closed after sunset. Any good urbanite knows that signs like this are meant to be ignored.

I was on top of the hill, at the highest point in the park, and there was a guy on the field below. I thought nothing of it. Then he calls up to me: "Did you find it?"

Him: "Oh, oops ... your red light made me think you were my girlfriend. We're testing rockets, and we use red lights to retrieve them."

Well, as I said before, live and learn. I suppose I shouldn't have been surprised by a guy hunting coons in the country -- after all, people hunt there all the time during the day, so why not at night? But I'm still amused and bemused at the idea of testing rockets at night in a city park. 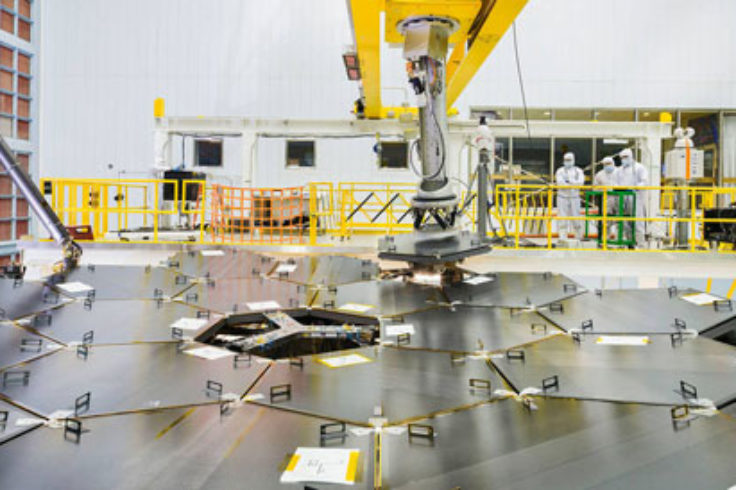