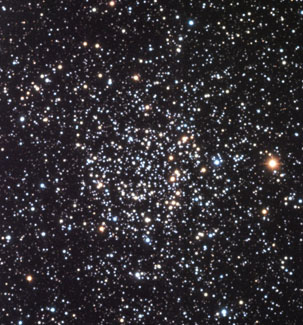 NGC 7789, one of the loveliest open clusters in the sky, is just one of Caroline Herschel's extraordinary deep-sky discoveries.

I had a strange sense of déja vu while editing an article for the August issue of Sky & Telescope. The article is by Michael Hoskin, who's probably the world's leading expert on Caroline Herschel, the first famous female astronomer. Caroline started her astronomical career as a deep-sky observer. Although she couldn't possibly match the 2,000-odd galaxies, nebulae, and star clusters discovered by her brother William, she did make some important discoveries of her own, including the great Sculptor Galaxy, NGC 253, and the breathtaking star cluster NGC 7789.

Hoskin has uncovered some new material, including a catalog of her discoveries that Caroline drafted but never published. He's pinned down the identity of Caroline's objects as well as anybody possibly could from the manuscript sources, but some questions remain. That's what makes this article so exciting to me: there's a real possibility that you or I, reobserving Caroline's objects with comparable equipment, might help resolve some of these ambiguities.

Anyway, Caroline's observing career was cut short when her brother decided to become a big-time deep-sky observer himself — and that's where my déja vu comes in. The July issue has an article by Paul Markov (RASC) about how to keep a logbook, and I wrote a little sidebar for it explaining why I prefer to take my notes on a digital voice recorder. My reasons eerily echo William Herschel's sentiments: "By going into the light so often as was necessary to write down my observations, the eye could never return soon enough to that full dilation of the iris which is absolutely required for delicate observations." Just as I discovered 215 years later, it's wonderful to be able to take notes while looking through the eyepiece, and without compromising dark adaptation. 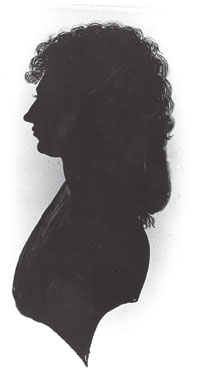 Museum of the History of Science, Oxford

Digital voice recorders hadn't been invented in 1783, so William drafted Caroline instead. And what a recorder she proved to be! Not only did she interpret his shouted descriptions using her own considerable observing skill, but she transcribed everything in readable form the next day, including translating his angular measurements into RA and Dec. It was a tremendous service that nobody else could possibly have done so well, and one that was critical to the development of modern astronomy. But like Caroline's whole life, it's also terribly sad.

William was both Caroline's liberator and her oppressor. Just as he studied deep-sky objects because nobody had ever told him that planets were all that mattered, so he simply assumed that she could do anything. Self-taught himself, he taught Caroline many things that women were believed to be incapable of, including all the intricate mathematics required for astronomy. But it never occurred to either sibling that Caroline might have wishes and goals of her own.

Still, you could do worse than to shine in the reflected light of a man like William Herschel. Most unmarriageable women of her era did much worse. And at least Caroline received several medals and awards from prestigious scientific societies — the first woman ever to be honored that way. If you want to read the whole story, check out Hoskin's book The Herschel Partnership. I couldn't put it down.

And speaking of books and unexpected connections, while I was writing this blog, I couldn't help remembering another unmarried woman living in England, just 25 years younger than Caroline Herschel. But unlike Caroline, this other woman — Jane Austen, my favorite novelist — was consumately self-aware and in control of her destiny.

Great article. What an innovative connection you've made. And also some history that I did not know. Thanks.

There is some good online viewing pertaining to Caroline Herschel. PBS NOVA produced a program which features her contributions, called "Hunting the Edge of Space". You can view it online here:

How Brightly Shines the Moon?