The Astronomical League is pleased to announce the top finishers for the 2013 National Young Astronomer Award program.

Thousands of high school students from across the country were eligible to compete for this year’s award. The national judges, all noted astronomers, once again were Dr. David Hans Hough (Trinity University), Dr. David L Lambert (University of Texas at Austin), and Dr. Robert Stencel (University of Denver). The league appreciates their valuable contributions to this program. 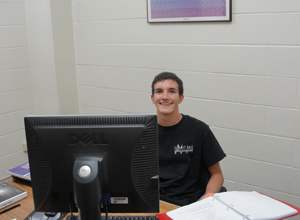 A senior at Briarcliff High School in Briarcliff Manor, New York, Mark Moretto is awarded first place in the 2013 NYAA competition for his work, “Deep Impact Spectral Observations of Naturally Occurring Mini-Outbursts.” The mechanisms behind gaseous outbursts from comet nuclei are poorly understood. Mark sought to obtain better insight into their causes by studying carbon dioxide and water, which are the primary molecular species that are released, sometimes explosively.

Mark used data gathered from the Deep Impact mission to Comet Tempel 1 to find that carbon dioxide was an active driver of outbursts rather than a byproduct. He suspects that “the outbursts can be the result of the thermal lag within the nucleus causing the sublimation of volatiles, which can condense and freeze as they rise and encounter cooler regions, blocking the gas escape pathways.” Pressure may build until the obstruction is weakened by solar heating, causing an explosive outburst. 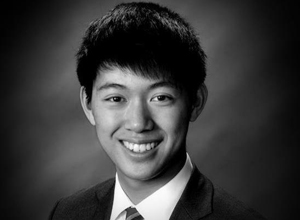 Henry found that Sunyaev-Zel’dovich surveys are slightly biased towards detecting cool core clusters and that this bias causes the masses of cool core clusters to be overestimated by about 4% on average. His results also confirm that galaxy clusters are useful as cosmological probes. 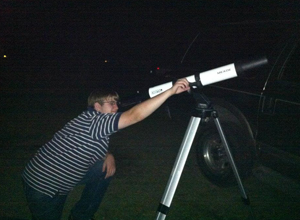 Kevin Beach, a senior at Chippewa Hills High School in Remus, Michigan, is this year’s third place finisher. His research topic was, “Analysis of Standard Geomagnetic Indexes and Development of the Geomagnetic Variational Intensity Scales.”

Kevin’s project developed and investigated the Geomagnetic Variational Intensity Scale (GVIS) as a possible replacement system for the Kp Index and Dst Index currently used to determine the effects of solar particle events on the geomagnetic field. Several parameters were examined including solar wind velocity, solar wind density, solar wind dynamic pressure, and z-axis interplanetary magnetic field strength. These values and statistical tests indicate that the GVIS is the most robust system during periods of strong solar winds.

This report first appeared in the June 2013 issue of the League’s member magazine Reflector.