In astronomy news this week: TESS finds its first exoplanet — a super-Earth around bright nearby star Pi Mensae — and astronomers watched an asteroid hide a galaxy to get the details on the asteroid's size, shape, and orbit.

A team of scientists working with new data from the Transiting Exoplanet Survey Satellite (TESS) has announced the discovery of a super-Earth in a close orbit around the Sun-like star Pi Mensae.

The star, 60 light-years away in the constellation Mensa, is visible to the unaided eye under clear, dark skies at magnitude 5.7. The star was already known to host a planet 10 times the mass of Jupiter on an oval-shaped, 5.7-year-long orbit. Now, Chelsea Huang (MIT) and colleagues have found another planet in the same system that's twice Earth's size.

With the TESS detection in hand, the team went back to archival data collected by the Anglo-Australian Telescope and the HARPS instrument at the La Silla Observatory in Chile, confirming the planet's existence and nailing down its mass to between 4 and 5.7 times that of Earth. Based on its average density, this super-Earth probably has a rocky or iron core surrounded by a atmosphere of light molecules, such as hydrogen, helium, water, or methane.

The planet's atmosphere is likely too close to the planet's surface for much starlight to filter through it, so studying it further via transit spectroscopy will be difficult at best. But the planet's proximity and the star's brightness make the system a promising target for other studies. TESS has only just begun its mission — its all-sky survey started on July 25th and it only released its first-light image this week — so expect many more results to come.

Read more about Pi Mensae c in the paper the team posted September 16th to the arXiv.org preprint server.

An Asteroid Hides a Galaxy

When the main-belt asteroid 372 Palma crossed in front of a galaxy on May 15, 2017, astronomers were ready and waiting. The supermassive black hole at the galaxy's center, known as TXS 0141+268, whips out a radio-emitting jet pointing almost directly toward Earth. As the much-closer asteroid passed in front of the jet, it blocked the radio signal — mostly. Radio waves skipping off the edge of the asteroid produced a diffraction pattern, enabling Jorma Harju (University of Helsinki, Finland) and colleagues to measure the asteroid's size, shape, and orbit.

The measurement was made by comparing the observations as the radio shadow raced across the United States at 51 kilometers per second (120,000 mph). The shadow crossed a radio dish in Brewster, Washington, that's part of the Very Long Baseline Array (VLBA), but it avoided other VLBA dishes in California, Texas, Arizona, and New Mexico. Analyzing the different observations led to the confirmation of Palma's size and shape (192 kilometers across and oblate) and an orbit calculation 10 times more precise than previous observations allowed.

Read more in VLBA's press release and in the paper to appear in the Astronomical Journal. 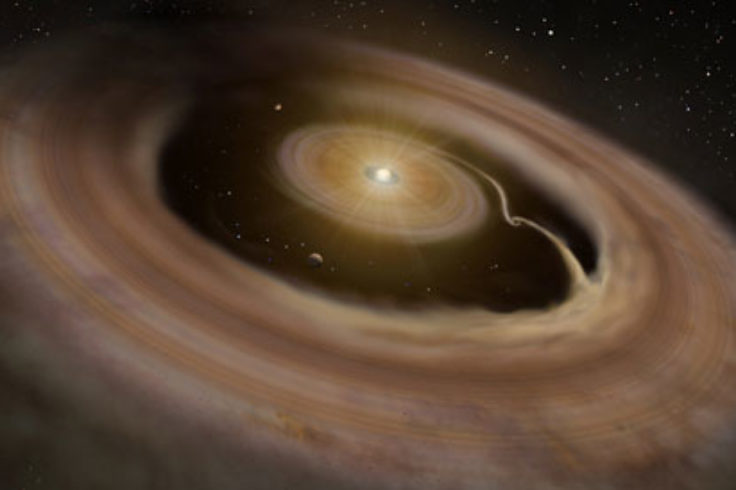 Planet Formation Caught in the Act 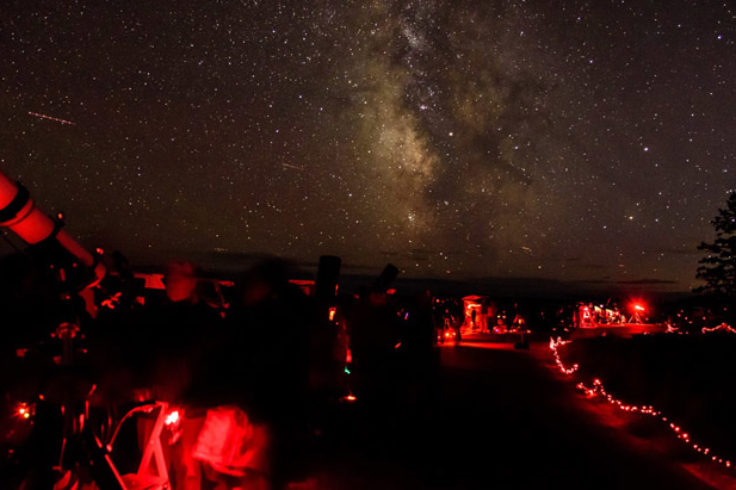