A Breeding Ground for Cosmic Rays

Modern-day astronomy is a fast-paced science, with discoveries piling up on a near-daily basis. We at Sky & Telescope do our best to keep up with them, but sometimes important outcomes get lost in the shuffle. That's the case with a nifty piece of science announced on November 1st in the online version of the journal Nature.

The story actually begins nearly a century ago, when scientists discovered that the amount of ionization in Earth's atmosphere increased with altitude. The cause was some sort of cosmic radiation that rained down on Earth from the depths of space. But the pinpointing the source of these "rays" — which aren't really rays at all, but rather ions and electrons dashing around at nearly the speed of light — has stymied observers ever sense. To solve this enduring mystery, they've amassed an arsenal of detectors on spacecraft, floating high in the atmosphere, and even buried beneath Antarctic ice. 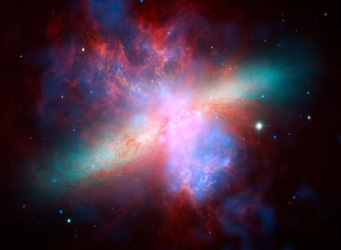 The starburst galaxy M82, as seen in a combination of observations from the Hubble Space Telescope, Chandra X-Ray Observatory, and Spitzer Space Telescope. X-rays appear in blue; infrared in red; red-light hydrogen emission in orange; and blue light in yellow-green. The view is about 7 arcminutes across.

For the past two decades, most theorists have backed supernova remnants as the most likely origin for galactic cosmic rays, those with energies below about 1018 electron volts. (Those with higher energies are termed extragalactic cosmic rays; for comparison, Europe's new Large Hadron Collider hopes to pump up particles to 1013 eV.) In theory, the turbulent shock waves unleashed by exploding stars should entrain magnetic fields powerful enough to accelerate charged particles to relativistic velocities.

But skeptics have found serious flaws in this isolated-supernova model, particularly because stars don't go kapow often enough in the Milky Way to create a shower of cosmic rays that arrive here with virtually the same intensity from all directions. More recently, thinking has shifted to extragalactic sources — particularly places where massive, supernova-prone stars abound in such tight confines that their expanding shock waves would overlap in a magnetic frenzy. 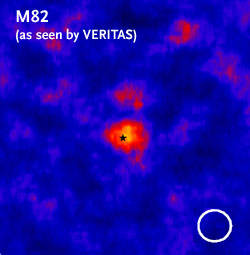 VERITAS observations reveal very-high-energy gamma rays coming from Messier 82 , with a black star denoting the galaxy's starburst region. The white circle, which would encompass the entire galaxy, indicates the size of a simulated point source as seen by VERITAS.

V. A. Acciari / Center for Astrophysics

One such hotspot of activity is the Cigar Galaxy, Messier 82, located in Ursa Major some 12 million light-years away. Long popular with backyard observers, M82 has tangled so much with other nearby galaxies (including M81) that it's erupted with starmaking activity. M82's core hosts an especially vigorous starburst region, only 1,000 light-years across, where hundreds of massive suns are forming and one of them goes supernova every few years.

Astronomers have been eyeing M82 for some time, hoping to detect the gamma rays created when its cosmic rays energize interstellar gas within the starburst region. Although prior attempts to detect these gamma rays have failed, a new detector atop an Arizona mountain has succeeded — and that result is what all the shouting's about. The Very Energetic Radiation Imaging Telescope Array System (mercifully shortened to VERITAS) found a high concentration of gamma rays coming from M82. The implication is that the starburst region is emitting 500 times more cosmic rays than their average abundance throughout the Milky Way. 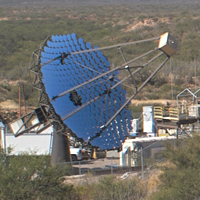 Technically, the VERITAS array doesn't detect gamma rays either. Instead its four large optical telescopes and ultrasensitive detectors capture brief pulses of blue light, Cherenkov radiation, triggered when gamma rays slam into atmospheric gas molecules several miles up and create a cascade of secondary particles. All told, it took 137 hours of observations between January 2008 and April 2009 to pinpoint and measure the activity in M82's core.

Read more about the VERITAS result in this press release by the Harvard-Smithsonian Center for Astrophysics.

The credit loans are essential for guys, which want to organize their own career. As a fact, it's easy to get a sba loan. 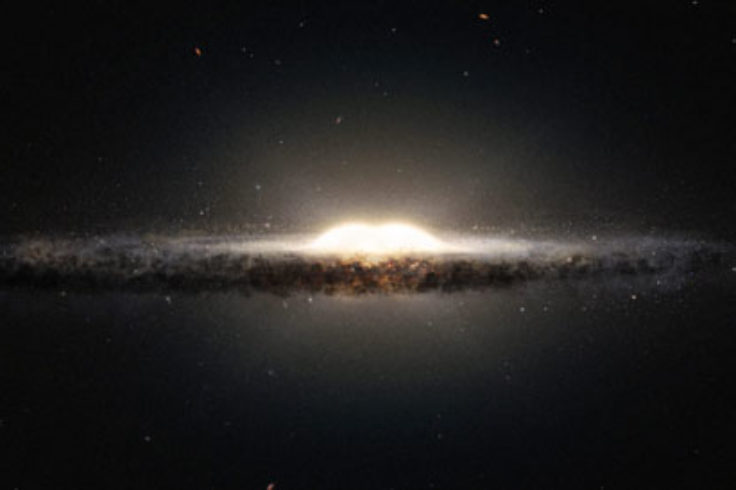 Star-Counting in the Galactic Bulge 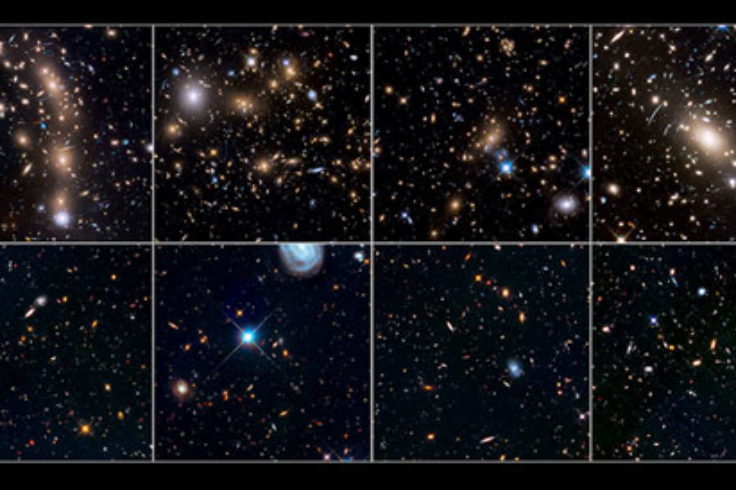