It's been more than three years since NASA's Deep Impact mission hurled an 815-pound copper-clad bullet into the path of Comet 9P/Tempel 1, and scientists are still struggling to understand the gigantic plume of dust and water vapor that spewed into space from the target point. 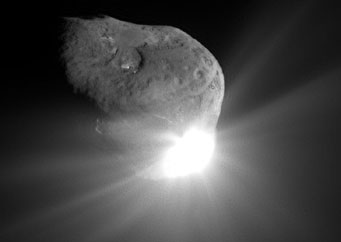 A big part of the problem is that the gigantic cloud obscured the comet's nucleus until long after the main spacecraft had passed by. To this day, the mission team can only guess at the size of the crater creted by Deep Impact's frontal assault. By one well-regarded estimate, it could be anywhere from about 80 feet (25 meters) to more than 350 feet (100 meters) across — depending on whether the cometary surface was hard or fluffy.

Regardless, NASA sure got a lot of bang for its bucks. At this week's big meeting of planetary scientists at Cornell University, Michael Küppers (European Space Agency) noted that the impact liberated some 20,000 tons of material, which is roughly 50,000 times the mass of the impactor and nearly 100 times more than had been predicted. 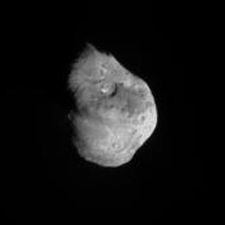 This image shows the nucleus of Comet Tempel 1 six minutes before it ran over NASA's Deep Impact probe. Note the dozens of craters.

First, Küppers concludes that Tempel 1's nucleus must be incredibly porous and weakly held together by gravity alone, rather than by its material strength. That's the general consensus among the experts, because it's the only way so much material could have been liberated. (Hmm . . . but if that's the case, then how has the nucleus managed to retain so many craters, as seen at right?)

Second, he speculates that the impact must have punched through to a layer of water frozen as amorphous (not crystalline) ice. This form of ice is what theorists expect to find in comets that came together at temperatures below –190°F (–125°C). Michael A'Hearn, Deep Impact's principal investigator, explains that amorphous ice would rapidly convert to its crystalline form once exposed to space and liberate lots of heat.

It's also conceivable that all those eons that Comet Tempel spent in the solar system's deep freeze, far from the Sun, allowed galactic cosmic rays to ionize the ices both on its surface and deep into its interior. That could have set the stage for an explosive chain reaction too. But it also would have created all manner of strange compounds to come hurtling out of the comet's interior, and A'Hearn notes that Deep Impact saw nothing of the sort.

Interestingly, other scientists at the meeting noted that amorphous ice might hold the key to the dramatic displays put on last year by Comet McNaught and Comet Holmes.

Just a thought but since enough time has elapse, has anyone confirm (if any) the slightest change in orbit of this comet due from the amount of ejection debris or probe that hit it??
Dennis 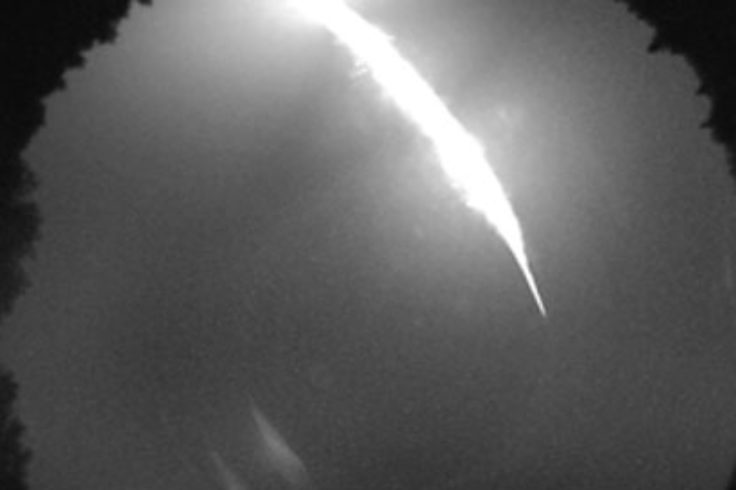 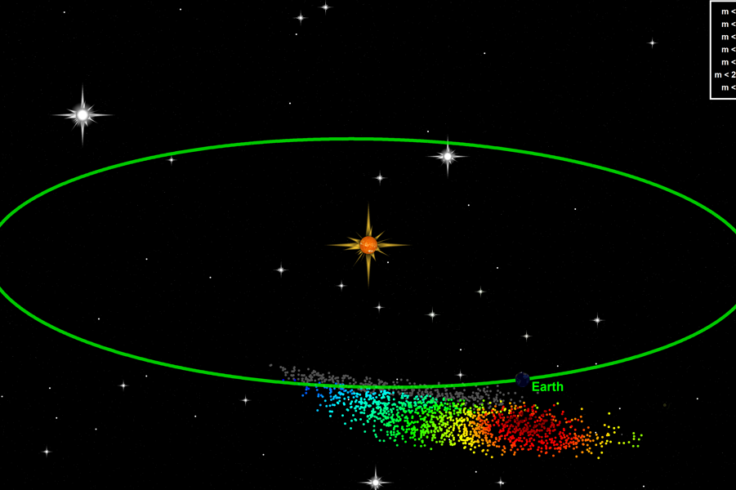 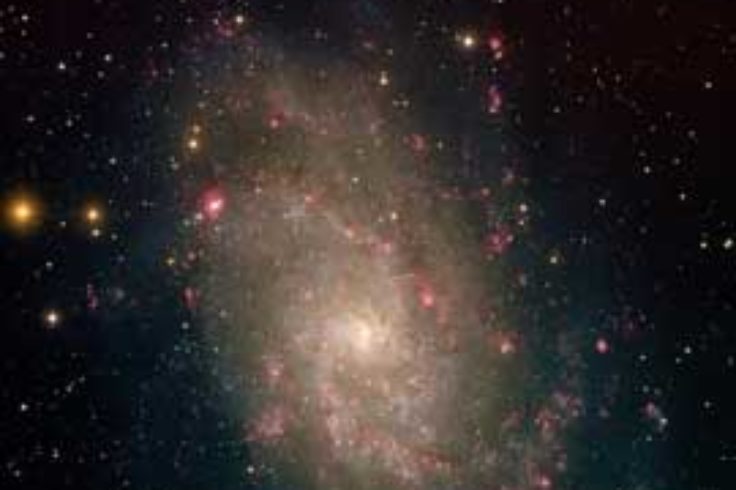