A Probe for Pluto 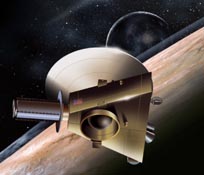 With luck and another $260 million in funding, the New Horizons spacecraft will be skimming past distant, enigmatic Pluto (foreground) and its moon, Charon, 15 years from now. Selected by NASA last week, the spacecraft features four instruments, a plutonium-fueled powerplant, and a radio dish 2.5 meters (8 feet) across.

The announcement came a few weeks earlier than expected,
catching Stern and several hundred colleagues by surprise during a
meeting of planetary scientists in New Orleans. Getting to Pluto is
"the most important piece of unfinished business in solar-system exploration,"
says Andrew Cheng, APL's project scientist for this effort. Stern
concurs, adding, "It's more than just the last planet — it's
a different kind of object." In addition to its reconnaissance of
Pluto and its moon, Charon, the New Horizons spacecraft is expected
to study Jupiter intensively and to visit two or three objects in
the distant Kuiper Belt, of which the ninth planet may be the largest
member.

With an estimated cost of $288 million, the mission
plan calls for a single spacecraft launched in January 2006. A slingshot
flyby of Jupiter will shorten the travel time by many years, setting
up a close brush with diminutive Pluto as early as 2016. According
to Stamatios M. Krimigis, who heads APL's space division, the probe
will inherit the "mature, highly redundant system design" utilized
in the forthcoming Contour (Comet Nucleus Tour) spacecraft. New Horizons
will be equipped with four instruments — including two imagers
— for analyzing surface features and atmospheric compositions.
Team members include Patsy Tombaugh, whose late husband, Clyde, discovered
Pluto in 1930; and Bill Nye, "the Science Guy."

Congress has already authorized $30 million for one
year to begin development, but the mission selection will become little
more than symbolic unless the political climate for outer-planet exploration
changes. A year ago the Bush administration proposed deferring the
Pluto effort for at least a decade, arguing instead for a dedicated
mission to the Jovian moon Europa and the development of advanced
propulsion technologies for outer-planet exploration. But buoyed by
lobbying campaigns and
strong
public support, Congress kept the prospects for Pluto alive. Despite
the looming budgetary fight, Stern remains optimistic. "Pluto is my
life's work," he says. "I'll do whatever it takes to get this to the
launch pad." 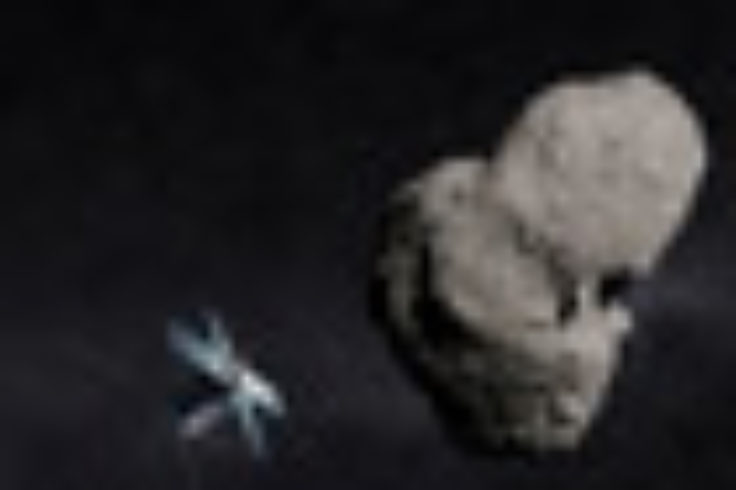