A Solar Source for Diamond Dust? 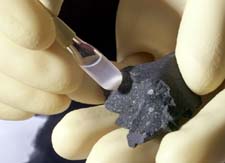 Diamond dust (white powder in vial) was extracted from a piece of the carbonaceous Murchison meteorite (right). Microscopic 'nanodiamonds' also exist in some — but not all — interplanetary dust particles.

Jason Smith and the University of Chicago.

Crack open a primitive, carbonaceous meteorite, and you'll likely be gazing at countless microscopic flecks of diamond — sometimes numerous enough to total 0.1 percent of the meteorite's mass. Ever since their discovery in 1987, these meteoritic "nanodiamonds" have been thought to be, quite literally, stardust: tiny crystals of high-density carbon forged in the expanding shock waves of supernova explosions. Researchers have long believed that the diamonds predate our own solar system, because implanted within them is an isotopic mix of the rare gas xenon that is unmatched in other solar-system matter.

However, a new study suggests that most nanodiamonds didn't come from the stars after all but instead may have been cooked up in the nebula that surrounded the infant Sun and its forming planets. Zu Rong Dai and John P. Bradley (Georgia Institute of Technology), together with four colleagues, found that nanodiamonds are almost entirely absent in some of the interplanetary dust particles captured in Earth's upper atmosphere.

These diamond-free grains are thought to have originated as cometary castoffs and thus would have originally resided far from the Sun as our solar system formed. Yet it's hard to imagine how interstellar diamond dust could have infused itself into the inner nebular cloud but somehow avoided the outer regions.

One likely alternative, the team offers in Nature for July 11th, is that the nanodiamonds were homegrown, having formed close to the Sun, where the nebula was hot and dense. That would explain their presence in some meteorites and interplanetary particles but not others. "There is nothing wrong with the idea that 99.9999 percent of nanodiamonds might be made in the solar nebula," notes cosmochemist Thomas J. Bernatowicz (Washington University), "since only one in a million of them contain isotopically anomalous xenon."

Other observational evidence supports this notion, as spectral features attributed to nanodiamonds have been recorded in the dust-and-gas disks surrounding the very young stars HD 97048 and Elias 1. 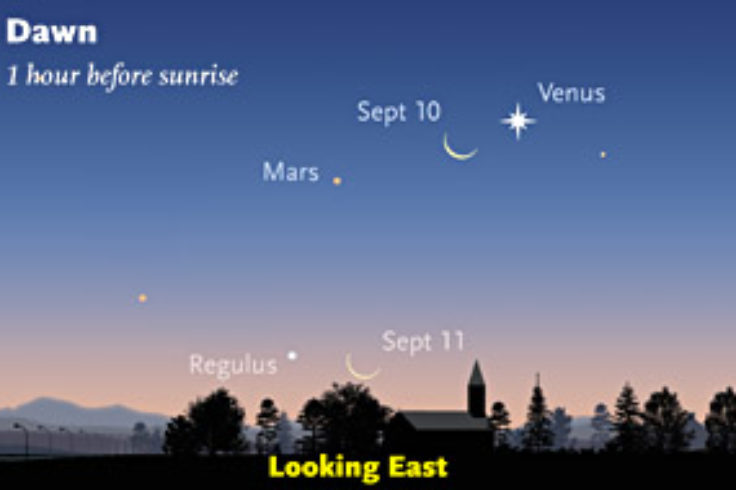