Astro Image in the News:
The Red Square Nebula 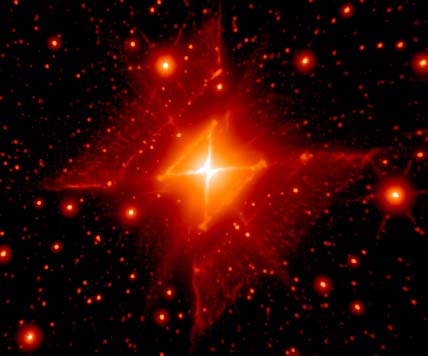 Looks can be deceiving. The Red Square nebula actually consists of two broad cones of matter ejected by the star at their center. Click on the image for a larger view.

Startling in its symmetry, the "Red Square" nebula was recently discovered at near-infrared wavelengths using adaptive-optics cameras on the Keck II telescope atop Mauna Kea, Hawaii, and the Hale Telescope on Palomar Mountain in California. According to Peter Tuthill (University of Sydney) and James Lloyd (Cornell University), who made the observations, the nebula's extreme symmetry indicates that the space surrounding the star is very still and not buffeted by interstellar winds or turbulence.

This dramatic object in the constellation Serpens is not really rectangular at all but rather a bipolar outflow of gas and dust from a hot central star known as MWC 922. Each half is shaped like a broad cone that we are seeing in cross-section, yielding an overall shape like two cocktail glasses placed stem to stem.

This highly detailed image — only 20 arcseconds across — reveals that the cones contain discrete "rungs," implying that the central star has erupted episodically. Another interesting characteristic is a series of faint radial spokes, like a comb's teeth, which might represent shadowing from wave or ripple phenomena in the dense disk of dust that surrounds the central star.

The nebula surrounding MWC 922 has much in common with another striking outflow called the Red Rectangle, also cataloged as HD 44179. Tuthill and Lloyd present their findings in the April 13th issue of Science. 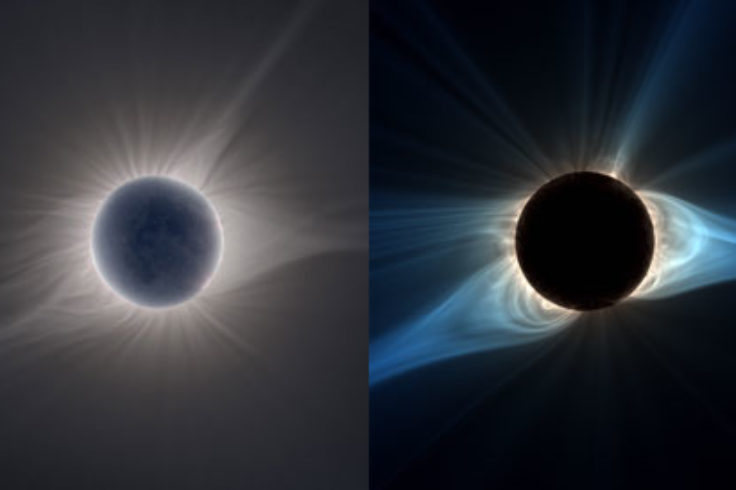 The Milky Way Is Warped in More Ways Than One