Hinode's X-ray telescope captured the Moon crossing the Sun on March 19, 2007, which was seen as a partial eclipse from the ground. Click on the image to view a 6-MB video of the entire event.

On March 19th, when skywatchers in the Eastern Hemisphere had to settle for a partial eclipse of the Sun, a Japanese spacecraft called Hinode had a much more dramatic vantage point. Even though Hinode's polar orbit is just a few hundred kilometers above Earth's surface, that was enough to put the craft directly in the Moon's shadow. These colorized views were captured by its X-ray telescope, one of three instruments aboard, at 2:53:04 Universal time (at left) and 2:55:40 UT. The eclipse was also recorded by the high-resolution Solar Optical Telescope.

Hinode, known as Solar B before its launch in September 2006, means "sunrise" in Japanese. A follow-on to the highly successful Yohkoh spacecraft, Hinode is the latest in a successful series of sentinels used to monitor the Sun and its activity from space. The XRT, built jointly by American and Japanese scientists, records emissions from ionized gas heated to temperatures of 1,000,000 to 10,000,000 K. More information about Hinode's mission is available here.

First Image of a Young Sun and Two Giant Planets 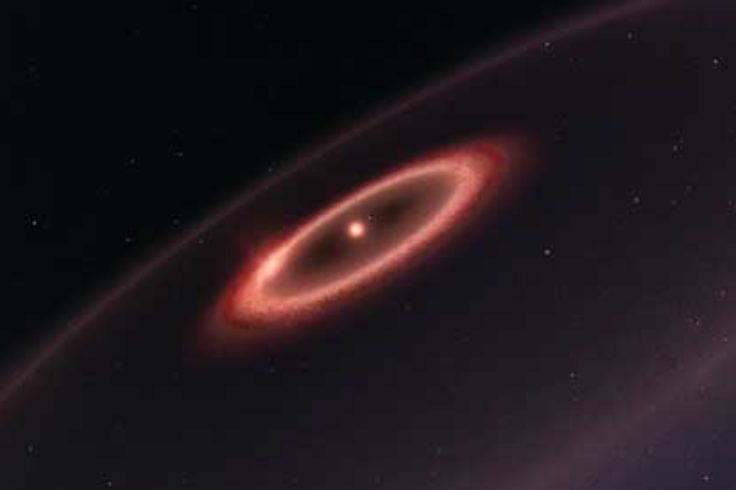