August 7, 2002 | A paper published in the July 2002 issue of the Journal of Geophysical Research–Space Physics suggests that cosmic-ray particles that impact the Earth may have different effects at different cloud levels. The cosmic-ray flux is modulated by the solar wind, which implies that solar weather can directly affect Earth's climate. Fangqun Yu (State University New York, Albany) suggests that cosmic-ray ions can accelerate the formation of dense clouds by catalyzing atmospheric chemistry reactions that make low-atmosphere clouds more opaque. High clouds tend to reflect incoming sunlight while lower clouds generally retain and radiate surface heat. More thick low-atmosphere clouds contribute to a greater greenhouse effect. This may explain the different global warming rates that have been measured at different altitudes in the atmosphere.

August 7, 2002 | Yesterday NASA's Stardust spacecraft began a four-month-long effort to collect microscopic bits of dust passing through our solar system. Far smaller than the width of a human hair, this interstellar dust is coming from the direction of the vast Scorpius-Centaurus Association of young stars. To capture it, Stardust has extended a tennis-racket-shaped collector. Particles will become trapped in the collector's layer of aerogel, where they will remain until the spacecraft returns to Earth in early 2006. The collector's flip side will be reserved for collecting gas and dust particles from the coma of Comet Wild 2, which will occur during a high-speed rendezvous in January 2004.

Details about Stardust's flight and anticipated discoveries are at http://www.jpl.nasa.gov/stardust/mission/.

August 7, 2002 | It appears that a substantial amount of the heavy elements in intergalactic space (atoms heavier than hydrogen or helium) come from active dwarf galaxies. Crystal Martin (University of California, Santa Barbara) observed the dwarf galaxy NGC 1569 with the Chandra X-ray Observatory. Martin found bubbles of million-degree hot gas leaving the galaxies. Inside the bubbles were elements such as oxygen, neon, magnesium, and silicon. According to Martin, "Because of their small mass, [dwarf galaxies] have relatively low gravity, and matter can escape more easily from dwarfs than from normal galaxies." This suggests that dwarf galaxies enrich much of the intergalactic gas from which their larger brethren form.

More information can be found in the Chandra press release. 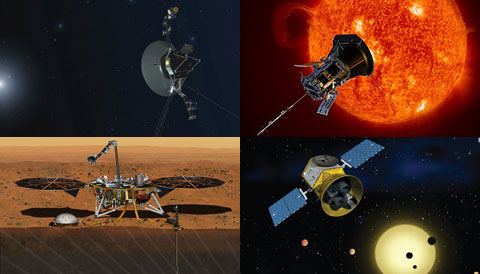 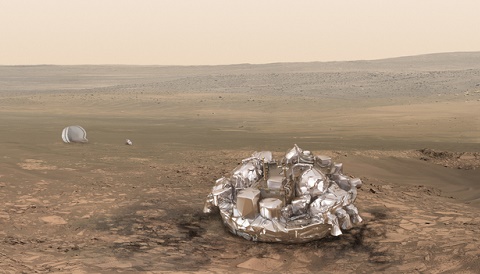