December 18, 2003 | The last of the major annual meteor showers has finally been traced to its body of origin. The rich Quadrantid shower, through which Earth passes every year around January 4th, originates from a small, asteroid-like body discovered just last year, claims meteor expert Peter Jenniskens (NASA/Ames Research Center) in a paper submitted to the Astronomical Journal. The source is a small, asteroid-like body just a couple of kilometers wide found in March 2003 and designated 2003 EH1. It has an odd, high-inclination orbit that matches the orbit of the Quadrantids when both are tracked back through several centuries of planetary perturbations. Jenniskens estimates that the Quadrantid meteoroids we encounter today left 2003 EH1 only about 500 years ago. The association of 2003 EH1 with the Quadrantid stream identifies it as a dead short-period comet, much like the "asteroid" 3200 Phaethon, source of the Geminid shower.

December 18, 2003 | The Astronomical Society of the Pacific, working with NASA and the Astronomical League, has developed new free materials aimed to help bolster hundreds of amateur astronomy clubs' continued public education and outreach. The materials cover a variety of astronomical subjects, with an emphasis on finding planets around other stars. Kits include sky maps, a training video on DVD, a manual of suggested activities, and a Microsoft PowerPoint presentation (with video clips) highlighting NASA missions that will search for extrasolar planets.

Interested clubs can receive the materials by joining the Night Sky Network. Besides the kits, the network provides training, special opportunities for working with NASA scientists and educators, and access to a dedicated Web site for communicating with other participants.

If your club is interested in joining the Night Sky Network, or learning more about the program, visit http://nightsky.jpl.nasa.gov. Applications must be received by February 29, 2004. 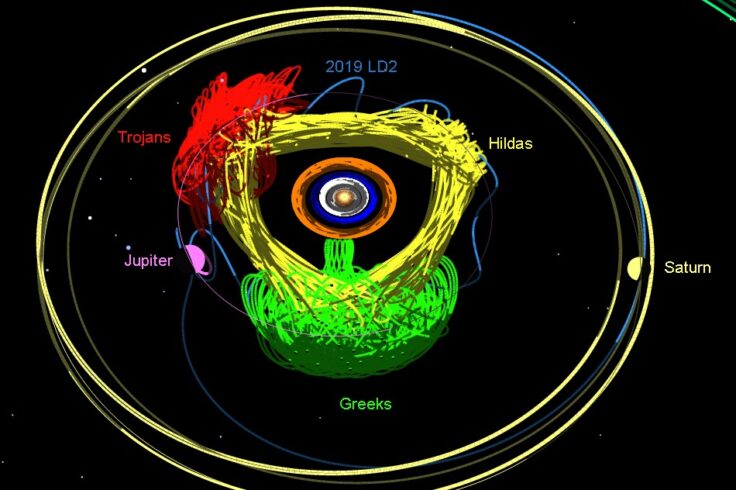 Jupiter Has Trapped a Comet in a Bizarre Orbit

Return of the Sponge Moon