This week more than 3,000 astronomers from around the world have gathered in Washington, DC for the 207th meeting of the American Astronomical Society. The conference is the world's largest gathering of professional astronomers ever held. Below are some of the announced research findings.

January 12, 2005 | In November 2005 the Laser Interferometer Gravitational Wave Observatory (LIGO) reached the sensitivity level required to listen for the gravitational waves caused by the collision of two black holes, the coalescence of two neutron stars, or the supernova explosions of stars. The project recently began a two-year observing campaign. While it's unclear if the team will hear anything soon, estimates for event rates suggest that LIGO should make at least one detection during this time. "We believe discovery is right around the corner," says noted cosmologist Michael Turner (University of Chicago/National Science Foundation).

In addition, plans are already underway for the next generation of LIGO, "Advanced LIGO." The new system, set to begin construction in 2008, will have a sensitivity about 100 times greater, allowing astronomers to listen for events in more than 1,000 additional galaxies. Advanced LIGO is scheduled to go online in 2013.

A Different Type of Supernova?

January 12, 2006 | By analyzing the atmosphere of a suspected pre-supernova white-dwarf star, astronomers are gaining new insight into how and why the stars explode as they do. The team led by Edward Sion (Villanova University) used the Hubble Space Telescope to look at a helium-rich binary star system and spectroscopically determine the rate at which helium pours from the larger star onto the white dwarf. They also analyzed the white dwarf's atmosphere, spin rate, and mass. Conventional thinking says that when a white dwarf accumulates 1.4 Suns of mass, it will explode as a Type Ia supernova. However, these new observations suggest that a white dwarf can go supernova before hitting the mass limit.

In this case, the team observed that the atmosphere of the white dwarf was carbon-rich. According to the team, if the incoming helium accumulates slowly enough onto the white dwarf, it can crush the matter below it, compressing it so much that the pressure triggers a thermonuclear blast well before the 1.4 solar mass limit is met.

January 12, 2006 | When a star goes supernova, it blasts away its outer gases into an expanding shell. Like ripples on a pond, those gases expand outward and eventually dissipate out of sight. But using a new image-processing technique, a team of astronomers led by Armin Rest (National Optical Astronomy Observatory) has found several light echos from blasts that happened several hundred years ago.

To test the technique, the team used the 8-meter Gemini South telescope to take two images of the region around Supernova 1987A shot years apart. They subtracted one image from the other and saw evidence for an expanding zone of illumination moving away from the central explosion zone.

But they didn't just see light echos from the 1987A explosion. They also saw evidence for three earlier Type 1a blasts in the Large Magellanic Cloud: 400, 600, and 860 years ago. The 400-year-old explosion would have created a "new" star around -0.5 magnitude in brightness. It's possible that the object could appear in old navigational charts.

Next up, the team plans to apply the technique in the Northern Hemisphere sky. In particular, they wish to uncover faint light echoes from the 1604 Kepler supernova and the Tycho supernovae of 1572. 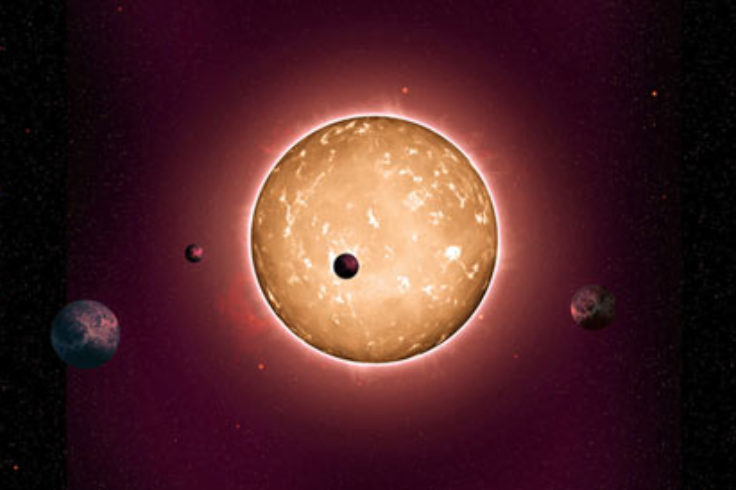