May 17, 2002 | Earth's magnetic field protects us from much of the life-threatening radiation that comes our way. However, while it deflects most of the Earthbound high-energy particles streaming from the Sun, it doesn't do all the work. As recent data from NASA's Imager for Magnetopause to Aurora Global Exploration (IMAGE) spacecraft reveals, our outer atmosphere picks up the slack. In a pair of articles to appear in the Journal of Geophysical Research, scientists report that Earth's outer ionosphere — between 300 to 1,000 kilometers (180 and 620 miles) above the surface — absorbs energy from the solar wind, heats up to a billion degrees, and casts away the excess energy as charged particles that fly off into space. A few hundred tons of the ionosphere is lost during a during a typical space storm. The resulting very thin cloud of incredibly hot plasma, they note, can affect orbiting satellites.

May 17, 2002 | Each year, the Astronomical Society of the Pacific recognizes the research and educational service of several professional and amateur astronomers. The winners for 2002 are:

For more information about the awards and the winners, see ASP's Web site at:
http://www.gsfc.nasa.gov/topstory/20020509imagessu.html.

Searching to Understand the Dark Universe

May 17, 2002 | Canadian and French astronomers will be teaming up to investigate "dark matter," which is believed to make up 90 percent of the mass of the universe, and "dark energy," which is believed to pervade space causing it to expand at an ever-growing rate. Astronomers will spend five years using the 3.6-meter Canada-France-Hawaii Telescope atop Mauna Kea to survey the sky using MegaCam, the world's largest astronomical camera. It can snap an image 1° square, four times the size of the full Moon. The 2,000 images of the CFHT Legacy Survey will be used to identify the source of dark energy, map the distribution of dark matter, and also look for Kuiper Belt objects in the far reaches of the solar system.

For details of the CFHT Legacy Survey, see the project Web site at:
http://www.cfht.hawaii.edu/Science/CFHLS/. 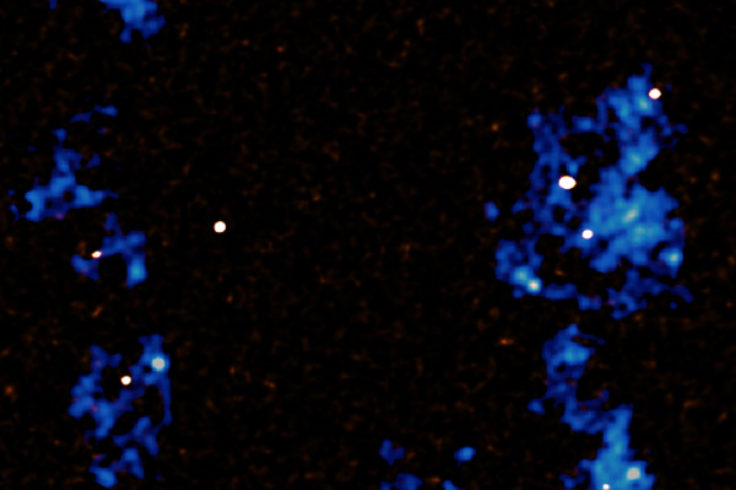