September 29, 2005 | On Monday, Aurora University (Illinois) announced that it had just offered the University of Chicago $4.5 million dollars for Yerkes Observatory. Aurora's growing George Williams campus abuts the observatory's site on the shore of Lake Geneva, Wisconsin. Its proposal (publicly available in PDF format at www.aurora.edu/yerkes) came in response to an August 18th request that the University of Chicago sent to Aurora, a private group of local would-be buyers, and a developer whose original, unsolicited bid for the property fueled speculation late last year that Yerkes — home to the world's largest refractor — might be mothballed or dismantled.

That as-yet-unidentified developer also submitted a formal proposal in response to last month's invitation, says University of Chicago vice president Henry S. Webber, who declined to identify the developer or describe its plans. For its part, Aurora proposes carving 11 lots for single-family homes out of a portion of the 79-acre Yerkes property, with any money from the sale of those lots in excess of the $4.5 million purchase price endowing the use of the observatory's telescope-housing main building as an astronomy and science-education center. Either way, says Webber, preserving the observatory is a key University of Chicago priority, along with generating funds to support astronomy research on the university's Hyde Park campus and "meeting the highest standards of the Williams Bay community." Both Aurora's proposal and the unnamed developer's "make very significant strides on all three of these criteria," says Webber, who hopes to decide among the competing proposals before winter sets in.

September 27, 2005 | Caroline Herschel, the first female professional astronomer and discoverer of eight comets, might have bagged a ninth unknowingly. In the November Journal for the History of Astronomy, Michael Hoskin (University of Cambridge, England) describes a pair of entries 10° apart that appear in Herschel's logs on July 30 and August 24, 1783, in which she identifies "a rich spot." No objects currently exist in those locations. "It seems likely, therefore, that Caroline's bright spots were a comet," says Hoskin.

In an appendix to Hoskin's paper, Brian G. Marsden (International Astronomical Union Minor Planet Center) calculates two possible orbits. Although it's plausible that Herschel observed a comet, says Marsden, "I'm not sure I'm putting it in my catalog." At the time, adds Marsden, Herschel was focused on looking for nebulae with her brother, William, and was probably in the wrong mindset to recognize the interloper as a comet. If she had, it would have been her first such discovery.

Another Two Years for Mars Express

September 27, 2005 | The European Space Agency's tremendously successful Mars Express mission has been extended and is now fully funded until late 2007. Highlights from the spacecraft, which entered Martian orbit in December 2003, include global mineral maps from its visible and infrared mineralogical mapping spectrometer (OMEGA), and stunning three-dimensional views of the Martian landscape from the High Resolution Stereo Camera.

The extension will also give scientists time to probe for water ice buried under the Red Planet's surface with Mars Express's subsurface sounding radar altimeter MARSIS. The radar experiment's booms were only unfurled this past June. On the down side, Mars Express's Planetary Fourier Spectrometer, which has detected hints of atmospheric methane, has been shut down because of technical problems.

The Mars Express mission will be featured in an upcoming issue of Sky & Telescope. 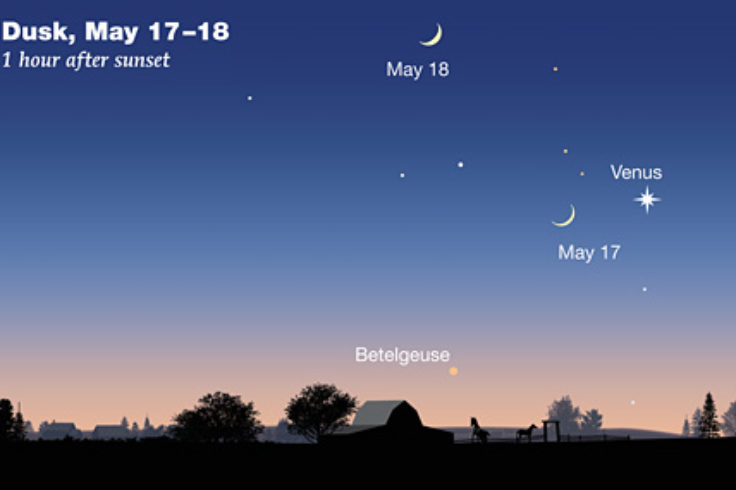 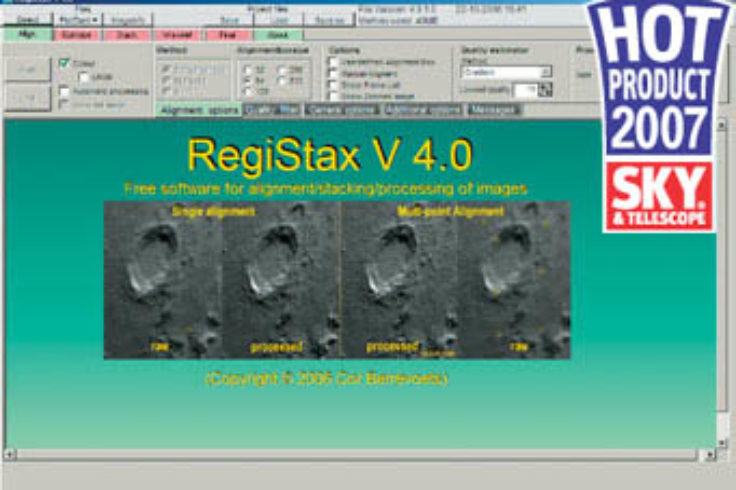