Exoplanet hunter Sara Seager is among 24 scientists and artists granted one of 2013’s prestigious MacArthur Fellowships, commonly known as the “genius grant.” 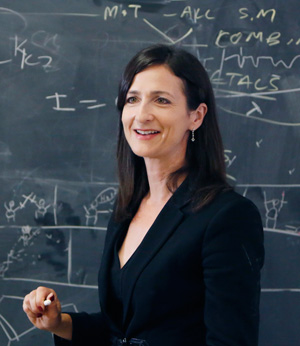 Sara Seager, author of S&T’s August 2013 cover story “Exoplanets Everywhere,” is on the hunt for Earth’s twin. The MIT professor of physics and planetary science has pioneered — and continues to develop — new techniques to study alien planets. Her efforts were rewarded this week when she and 23 others (including a physician, an immigration lawyer, a neuroscientist, and a choreographer) received a 2013 MacArthur Fellowship, which comes with a no-strings-attached stipend of $625,000, paid out over five years.

In Seager’s case, “tenacity, imagination, and risk-taking” manifested early in her career. She was already studying how a star’s radiation might affect hot Jupiters in close-in orbits in her 1999 Ph.D. thesis, long before such atmospheres could be detected. Her early theoretical results led to the first detection of an exoplanet’s atmosphere.

Since then, Seager has worked on characterizing the ins and outs of exoplanets, determining observational methods for exploring composition and atmospheres. At the same time, she is also leading a CubeSat initiative to put her ideas to the test. The ExoplanetSat is a fleet of low-cost nanosatellites that will carry small telescopes to observe exoplanets as they transit across the faces of their host stars.

And that’s not all. Seager is also helping develop NASA’s Transiting Exoplanet Survey Satellite (TESS), scheduled for launch in 2017, and she serves as a scientific advisor to the commercial asteroid mining firm Planetary Resources, Inc.

S&T editor in chief Robert Naeye sat down with Seager last June to discuss the future of exoplanet studies: