Year after year, NASA continues to rack up amazing discoveries with its vast assortment of missions. However, even as the U.S. agency wrestles with trying to build its next-generation space ferry amid ballooning project deficits, other nations are making space-exploration gains as well.

Take, for example, a little-known Japanese mission called Akari. Launched in early 2006, Akari (known as "Astro F" during its development) conducted an all-sky survey over the broad infrared wavelength range of 1.7 to 180 microns. Before its coolant ran out in August 2007, Akari produced an all-sky survey more detailed and sensitive than that made by the Infrared Astronomical Satellite (IRAS) in 1983. Scientists from Japan's Institute of Space and Aeronautical Sciences unveiled a catalog of infrared objects just last week. 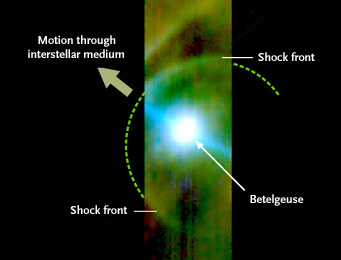 Combining images taken by the Akari spacecraft at 65, 90, and 140 microns, this view reveals an enormous shock wave surrounding the star Betelgeuse. The blue-white streak extending through the star from upper left to lower right is an imaging artifact.

During its prime mission, Akari also spent time studying specific targets, among them the red supergiant star Betelgeuse in Orion. IRAS observations discovered, more than a decade ago, that Betelgeuse creates a shock wave as it moves through the surrounding interstellar "cloud" of gas and dust. Now a team of scientists has used Akari's infrared imagery to reveal the shock front in more detail.

Toshiya Ueta (University of Denver), Hideyuki Izumiura (Okayama Astrophysical Observatory), Issei Yamamura (ISAS/JAXA) and their team report that Betelgeuse is plowing along at 20 miles (30 km) per second through an interstellar flow that originates in Orion's Belt. Meanwhile, a prodigious "wind" of matter is racing outward from the star about half as fast.

The resulting clash of these flows is a shock front about 3 light-years across. That corresponds to about 30 arcminutes — the size of the full Moon — at Betelgeuse's distance of roughly 640 light-years. So it would be visible to the unaided eye if we had infrared vision and Earth's atmosphere allowed these long wavelengths to reach the ground.

Read more about the Betelgeuse observations here and about the Akari mission here.

It is hard for me to get used to Betelgeuse as being around 640 light years away as opposed to the 430 I used to think it was. Of course the "new" distance makes Betelgeuse all the more grand. I consider Betelgeuse an old friend in a way with the difference that I hope that in our lifetime, we get to see it obliterate itself in a supernova. What a sight that will be!
Astronomy is endlessly fascinating and I thank the people at Sky and telescope for making it that much more so.

This is a great image here showing Betelgeuse motion through space.
Not only has Betelgeuse distance measurement changed but its angular size measurements applied to the greater distance indicate a larger radius. Determining Betelgeuse distance has been tricky and also getting a grip on its diameter. Sources I use indicate Betelgeuse as M2Iab, a red supergiant. Some list effective temperature = 3500K and surface gravity, log g = 0 or 0.5. For its luminosity (14,000 solar using a distance of 427 LY, Mv -5.5), plugging into my astronomy calculator yields radius = 323 solar radii and log g = 0.59537, mass = 15 solar mass but these are invalid with the 640 LY distance. Betelgeuse size is difficult to measure because of a surrounding dust shell from mass loss. Allen’s Astrophysical Quantities Fourth Edition, 2000, p. 516 list Alpha Orionis with effective temperature = 3900K, radius = 860 solar radii, luminosity = log 5.0, and mass = 10 solar masses. Plugging this temperature and luminosity into my calculator I get radius = 695.25 solar based upon Stefan-Boltzmann radiation constant.

Rocket Queen, I must be more careful using astro jargon, smile. Because Betelgeuse is 640 LY away vs. past estimates near 430 LY, the star is brighter and also larger in diameter then previous estimates. So it may be some 700-800 times the diameter of the Sun as a red supergiant. Parameters like 'log g' is used to express stellar surface gravity measurement. Knowing a star's radius and surface gravity can tell you its mass. I don't know how well measured the surface gravity is of Betelgeuse though. Parameter like 'Mv' is absolute magnitude of the star. Hope this helps.

The newest craze in the 2012 mythology is the Planet Earth will have 2 suns in 2012, or something to that impact. I found this here: Do not expect Earth to have two suns in 2012 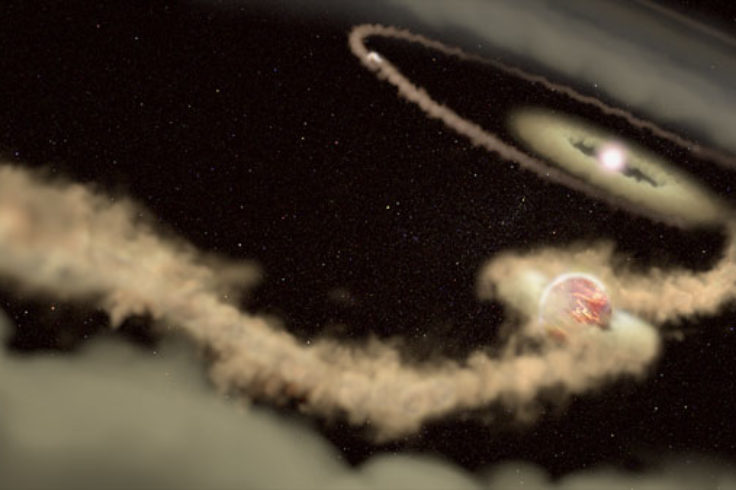 Watch a Star Wink Out on August 10th 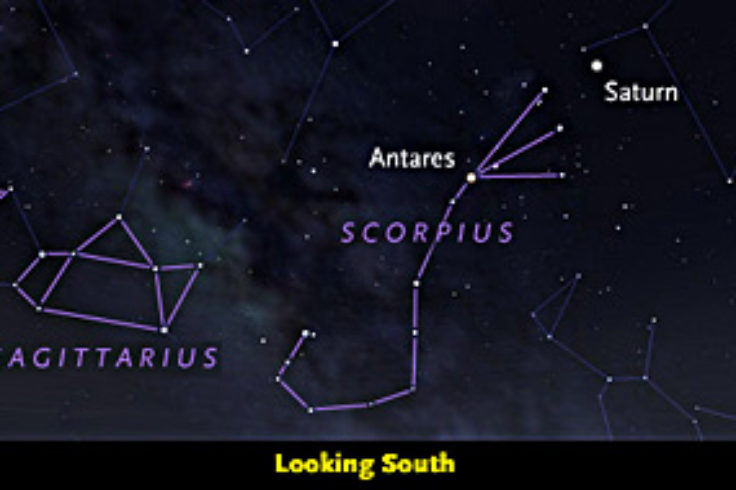