Astronomers are entering a new chapter in their study of extrasolar planets. No longer is there much buzz in discovering more of them — after all, the census of alien worlds now tops 500. Instead, the cutting-edge research these days is determining, if only crudely, what they're made of. 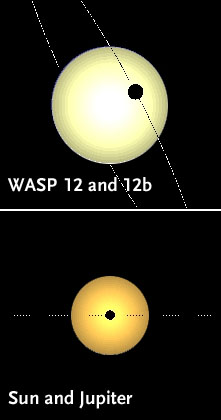 The star designated WASP-12 is tightly encircled by a large planet (black dot) that passes in front of and behind it. The planet, WASP-12b, has a diameter roughly 80% larger than that of Jupiter, seen projected against the Sun in the lower panel.

Take, for example, the exoplanet known as WASP-12b, discovered two years ago as it crossed in front of its Sun-like host star. This world is just 2.1 million miles (3.4 million km) away from its star and completes an orbit in only 26 hours.

Moreover, WASP-12b has a surface temperature of at least 4,200°F (2,600 K), hot enough to glow on its own. In fact, by taking infrared observations just before and after the planet disappears behind the star, astronomers were able to subtract one from the other and isolate the light coming from the planet alone. They used the Canada-France-Hawaii Telescope in Hawaii to measure three near-infrared wavelengths (1.2, 1.6, and 2.1 microns) and the Spitzer Space Telescope for four others (3.6, 4.5, 5.8, and 8 microns).

As Nikku Madhusudhan (MIT) and a gaggle of co-authors report in December 9th's Nature, the combined infrared spectrum they've extracted is remarkable for what it does and doesn't show: strong absorptions due to carbon monoxide (CO) and methane (CH4) and, surprisingly, little evidence for water vapor.

The CO, CH4, and H2O are all minor constituents in an atmosphere dominated by hydrogen and helium. Still, what the authors term a "surprisingly lack of water and overabundance of methane" argues that WASP-12b's overall carbon-to-oxygen ratio is unexpectedly high, between 1.0 and 1.1. (For comparison, our Sun has a C:O ratio of about 0.5.) These proportions are key to understanding the WASP-12b's origin and evolution. In particular, its interior must be dominated by carbon-rich compounds instead of the rocky materials we're familiar with. A core richly infused with graphite or even diamonds is entirely possible. 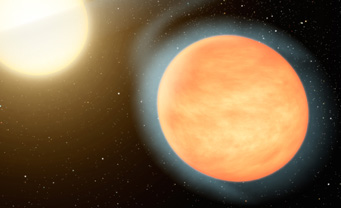 Moreover, WASP-12b's dayside (which faces us when the spectra were taken) apparently isn't as bright and hot as expected, so the planet's atmosphere must be very efficient at distributing heat between its day and night sides. The authors also note that the planet lacks an overheated stratosphere, which had been predicted by theoretical modeling.

For more background on this carbon-rich planet, check out NASA's press release. 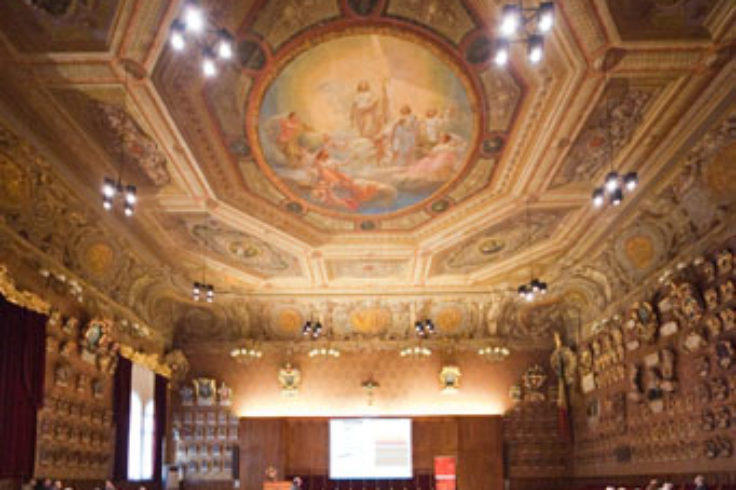 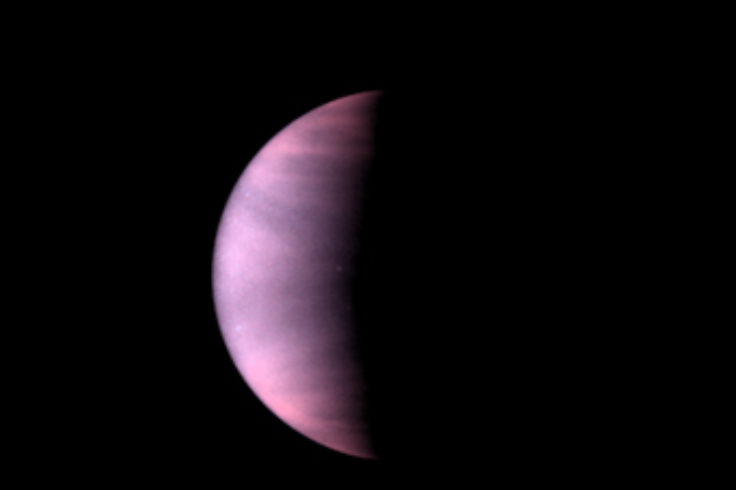 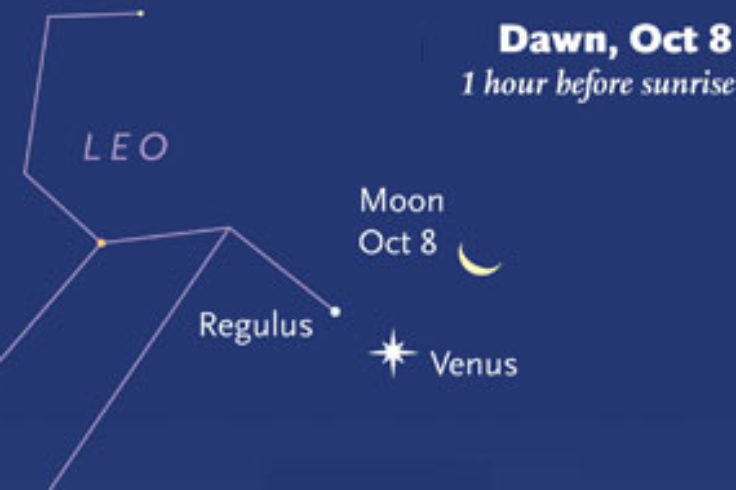