Did Ancient Americans Record a Supernova?

Two astronomers have proposed that a rock carving found in the White Tanks Regional Park, north of Phoenix, Arizona, may represent the supernova of AD 1006. If true, the carving would be the oldest known Native American record of a supernova, and the only known record of Supernova 1006 in the New World.

The carving shows a star-like object hovering above a scorpion symbol, which John Barentine (Apache Point Observatory) and Gilbert Esquerdo (Planetary Science Institute) interpret as the supernova appearing near the constellation Scorpius.

Supernova 1006 was one of the brightest in recorded history, visible in mid-day and prompting astronomers in Europe, Eastern Asia, and the Middle East to record its appearance and evolution. Barentine argues that the Hohokam tribe, which lived in the White Tanks area at the time of the supernova, also recorded the event. The supernova reached magnitude –7.5, about 15 times brighter than Venus.

"Having looked at the White Tanks rock art panel, I am appalled," says Edwin C. Krupp, Director of the Griffith Observatory in Los Angeles and author of Archaeoastronomy and the Roots of Science. "Panels like this are not rare. There is no reason to link it to any supernova event. There is nothing persuasive about the imagery to support the extraordinarily detailed claim. The authors say nothing about all of the other imagery on the boulder and select two details for their discussion. These two details are in themselves dubiously interpreted."

"This Supernova 1006 petroglyph interpretation is nothing but assumptions and wishful thinking," he adds.

Barentine admits that his conclusions are highly speculative. "The conclusion really hinges on whether this is supposed to represent a group of stars in the sky, and not an animal," he says.

In an effort to answer that question, Barentine and Esquerdo modeled what the night sky would have looked like at the White Tanks site on May 1, 1006, when the supernova first appeared. Both the supernova and Scorpius are visible above the horizon.

Still, experts doubt that the carving represents the supernova event, arguing that the star symbol could in fact represent the Sun, and the scorpion symbol could represent an actual scorpion — or something else entirely.

"[The symbol] hardly resembles our constellation of Scorpius, much less anything we know about anybody else's," says Anthony Aveni (Colgate University), a leading author on ancient astronomy in the Americas. "Color me highly unconvinced."

The White Tank petroglyph is not the first Native American rock carving to arouse debate in the archaeoastronomy community. In 1973, a team of researchers proposed that a carving of a crescent moon and star at Chaco Canyon in New Mexico might represent the supernova of AD 1054. The claim has elicited debate that continues to this day.

"I am a supernova skeptic," says Aveni. "Anthropologist Florence Hawley Ellis gave a very ethnohistorically well documented explanation of rock carvings with crescent and star: they are Sun watchers stations and what one is seeing depicted are the crescent moon and [an evening] star low in the west after sunset."

"No alleged rock art depiction of the AD 1054 supernova is either conclusive or persuasive," adds Krupp. "Very plausible alternate interpretations for these are available."

Barentine presented a poster on the White Tanks petroglyph yesterday, at the summer meeting of the American Astronomical Society in Calgary, Alberta. He plans on submitting it to a peer-reviewed journal soon. 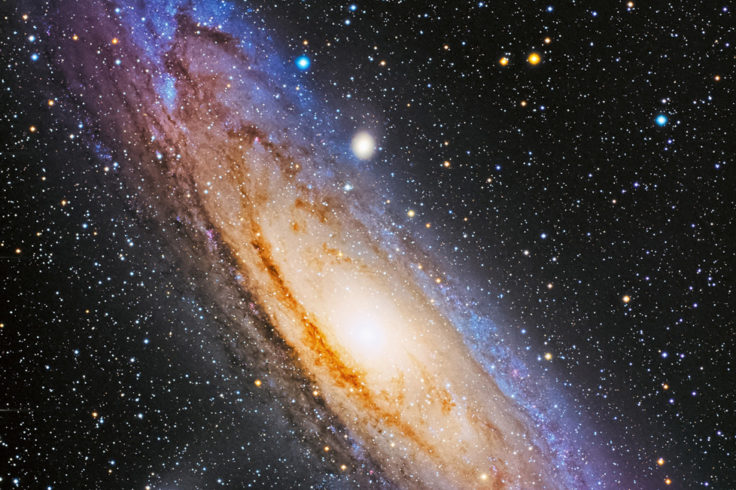