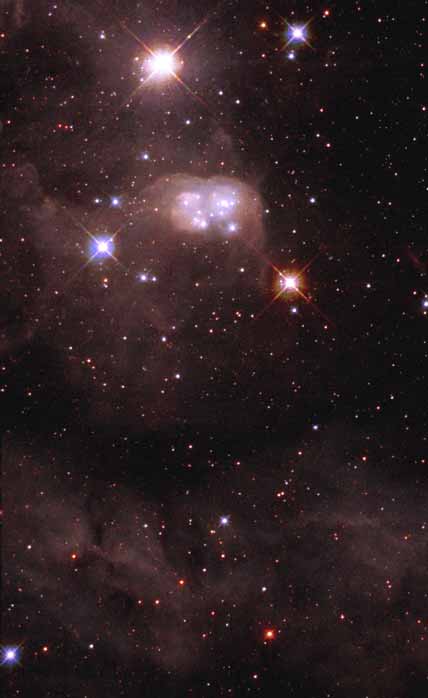 The peanut at center is actually a cocoon of dust surrounded by young, hot stars.

The Hubble Space Telescope has uncovered another magnificent sight — a peanut-shaped cocoon of dust resting comfortably in the heart of a dazzling nebula. The "Double Bubble" is otherwise known as N30B, and it billowy blanket is called DEM L 106.

The view was created by combining two exposures. The first image was taken on November 14, 1998, and the second on October 18, 2001. The combined picture captures shimmering, fluorescent hydrogen and sulfur gases, and showcases the sparkling blue-white light of the surrounding hot stars.

The brightest star near the top of the image is called Henize S22. It shines like a beacon, brightening up the dusty cocoon of DEM L 106. Astronomers took spectra at different points within the nebula and found that the spectrum of reflected light from Henize S22 changes with viewing angle. It seems these changes correspond with the differing thicknesses of gas surrounding the star, and that the star is encompassed by a flattened disk of gas expelled from its equator.

The Double Bubble is located in the constellation Dorado, some 160,000 light-years away in the Large Magellanic Cloud. 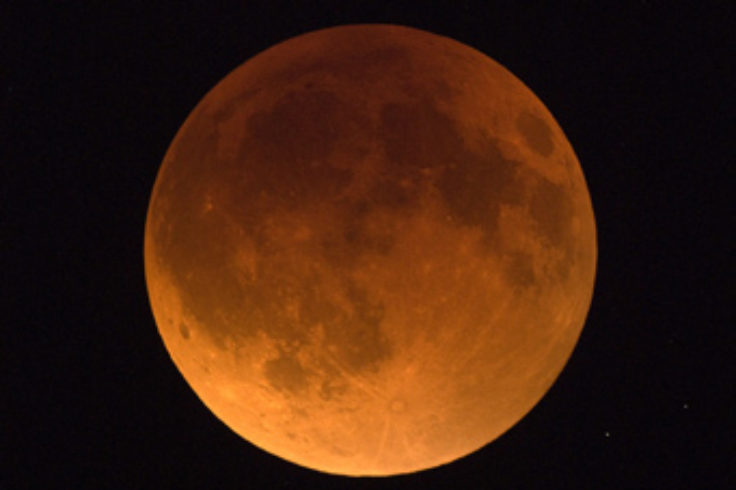 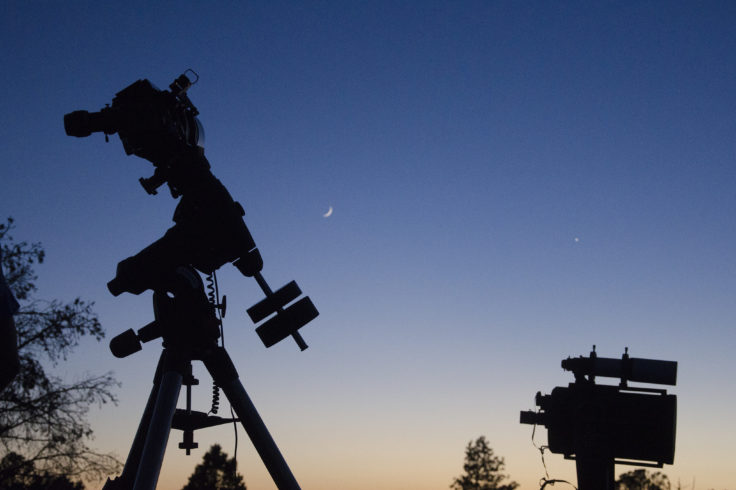 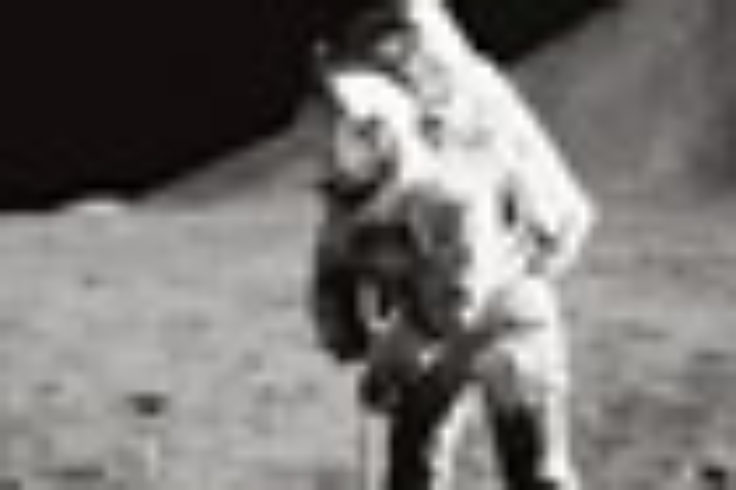