Astronomers had thought that ice on the Saturnian moon's methane-ethane seas would sink, but a new study suggests that the ice could actually float. 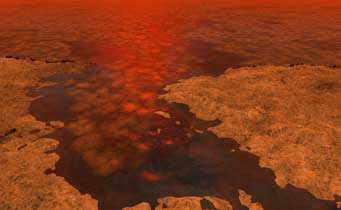 An artist's illustration of forming hydrocarbon ice on Saturn's moon Titan. (The color was chosen based on the orange of Titan's sky.)

I’m like a broken record when it comes to Saturn’s moon Titan: this alien world is just awesome. The largest dune fields discovered in the solar system, hydrocarbon lakes that grow and shrink with the seasons, and the potential for torrential methane rain — I mean, how could you not love this moon?

There’s another reason to love Titan, according to a study by Jason Hofgartner and Jonathan Lunine (Cornell University). Astronomers had thought that ice floes on Titan would sink, because solid methane is denser than liquid methane. But the new study shows that methane-ethane ice could actually float in Titan’s lakes and seas, making Titan’s similarity to Earth even more striking.

The work is a theoretical study based on previous lab experiments, but the simplifying assumptions that went into it are solid or even conservative, says Henry Roe (Lowell Observatory), who also studies methane ice. “Based on our lab work and their work I'm not quite ready to state that I think that floating ice exists in the present day on Titan,” he says, “but we should quit assuming that ice always sinks.”

Roe says that, like Earth, Titan appears to have long-term climate variations over tens to hundreds of thousands of years. If ice floats, that would affect methane’s evaporation into the atmosphere, and methane is the moon’s major greenhouse gas, helping keep its atmosphere “warm” (a.k.a. –294° F or –181° C).

“If ice floats as a body of liquid cools, then that ice layer seals off the liquid from further evaporation,” he explains. “The formation of a thin ice layer across most of Titan's seas and lakes would be a tipping point, plunging Titan into an ice age.”

You can read more about the study in JPL’s press release — but do remember, having a world covered in organic compounds (“organic” = contains carbon) is a far cry from having life.

It's a great choice to make to send a probe to the surface, but this article adds to Titans Case Camille! Nice investigating work.

We really need to send a probe to check the water ice on Europa though...

Can these two moons compete with the search for life and which will have it???

May we all discover the answer in our lifetimes.

I thoroughly enjoyed the article, but noticed one (minor) ambiguity, which it would be nice to avoid. In the third to last paragraph, we read "tens to hundreds of thousands of years". That can mean from 10 to 100,000 (but plural), or it can mean 10,000 to 100,000 (but plural). I'd guess it is meant to convey the latter meaning, but rewording would take the guess-work out of it.

(reposted because I think first post did not go through, due to name error) 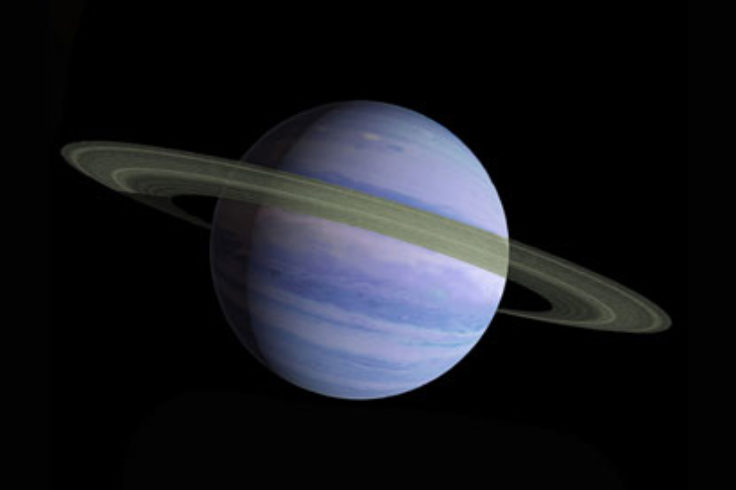 "Black Rain" on Callisto and Ganymede