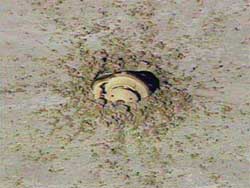 When its parachutes failed to deploy, the return capsule of the Genesis spacecraft crashed into the Utah desert.

NASA's Genesis spacecraft returned to Earth this morning but made a crash landing in Utah instead of the planned capture by a precision-flying helicopter stunt pilot.

The homecoming was proceeding as planned up through the capsule's plunge into the atmosphere shortly before 10 a.m. Mountain Daylight Time. But as cameras homed in on the falling capsule, the pictures revealed that neither its drogue parachute nor parafoil had deployed. The capsule fell out of control and hit the desert floor at an estimated 190 miles per hour. The impact cracked the outer sample-return capsule and possibly ruptured the inner science capsule containing the solar-wind collectors.

The Genesis spacecraft used the honeycomb-like collectors to sweep up solar material.

Genesis was launched on August 8, 2001, and was sent into a "halo orbit" around the L1 Lagrangian point of gravitational equilibrium between the Earth and Sun. From December 2001 until April 2004, the spacecraft gathered particles streaming from the Sun, capturing them using wafers of silicon, sapphire, gold, and diamond. Scientists expected to have about 0.4 milligram of solar-wind material to study. Genesis marked the first of many planned sample-return missions from comets, asteroids, and Mars.

At a press conference held at the US Army Dugway Proving Grounds 2½ hours after the crash, mission personnel explained that the condition of the samples was unknown, but they are hopeful that some science results will be salvaged. The crash site will first be examined to ensure that recovery teams are in no danger from the unfired explosives that would have released the parachutes, or from chemicals in the onboard batteries. Following a physical assessment of the 225-kilogram (500-pound) capsule, the team will decide whether the entire capsule will be moved or only the science container will be extracted. Either way, the collectors are expected to reach a clean room for examination by the end of today.

A mishap review board will be assembled within 72 hours to study the crash. Although there had been some concern about the viability of a key battery in November 2001, the battery was later deemed fine. Nevertheless, if the battery failed, it would not have allowed the parachutes to deploy. 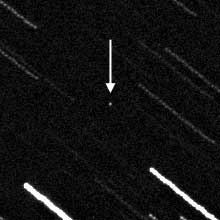 Just before midnight on September 5th, Ron Dantowitz and Marek Kozubal captured the Genesis spacecraft (arrowed) on a collision course with Earth. They used the 25-inch f/9.6 Ritchey-Chretien reflector at the Clay Center Observatory in Brookline, Massachusetts, to make 23 half-minute exposures that reveal the 17th-magnitude object. Genesis was about 400,000 kilometers from Earth (just beyond the Moon's orbit).

The board's final report could prove key in ensuring the success of future sample-return missions, such as Stardust, which is now on course back to Earth to drop off samples of interplanetary dust and cometary material from Comet Wild 2. Stardust will make its drop — also in Utah — in January 2006.

The reentry of Genesis itself was also the target of intense scrutiny. Scientists from NASA's Ames Research Center flew aboard a US Air Force research jet to watch the artificial meteor with a battery of cameras and spectrometers. The performance of the capsule's thermal-protection shell as it made its 10½-km-per-second reentry will have a direct bearing on future spacecraft designs. 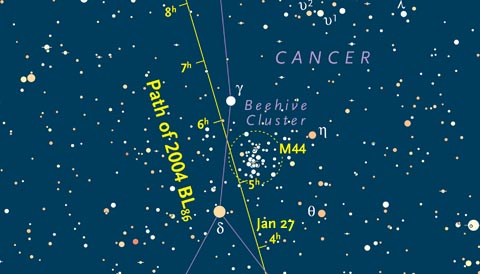 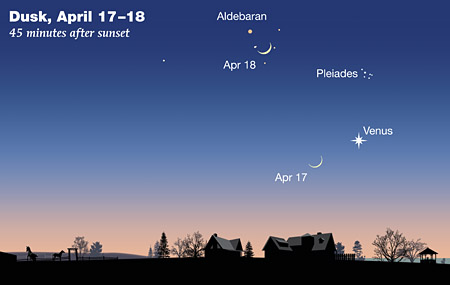 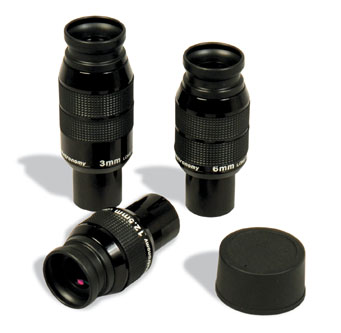 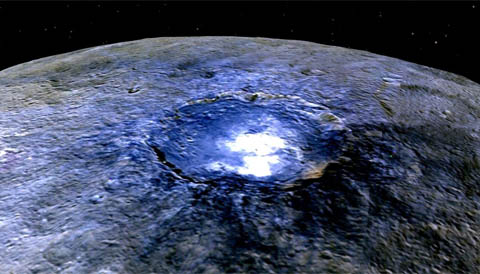