A massive outburst may give a month’s advance notice of when certain giant stars will go supernova. That’s not great for evacuation plans, but perfect for observers who want to catch a supernova in action. 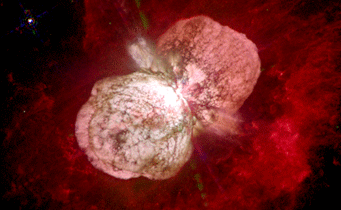 Eta Carinae, probably the most famous and controversial luminous blue variable star, emitted a mysterious outburst some 170 years ago. While astronomers are certain the star will someday go supernova, nobody knows exactly when it will blow.

Three years ago a giant star gave us a signal of its impending destruction just 40 days before it happened. In a fit of frenzy, the star sent gas hurtling outward at 2,000 kilometers per second (4.5 million miles per hour), more than twice the speed of the fastest solar wind. Six weeks later the entire star exploded as a Type IIn supernova, leaving behind a tiny, dense stellar corpse.

Eran Ofek (Weizmann Institute of Science, Israel) and his colleagues chronicle the star’s last days in today’s Nature. Using the light curve and spectrum of Supernova 2010mc, Ofek and his colleagues measured the mass of the pre-supernova blowoff; it amounted to 1% of the mass of the Sun. That’s extraordinary by any stellar standard. Such an event so soon before the ultimate explosion would be very improbable if the two events were unrelated — 40 days is very short compared to such a massive star’s 10-million-year lifespan. The authors estimate that there’s just a 0.1% chance that the two events lined up randomly.

Instead, Ofek and his colleagues suggest that just before the star went supernova its core was already unstable, fusing heavy elements at a frantic rate to forestall the inevitable collapse. The rapid fusion set gas sloshing around the star’s interior like waves on the ocean. (Such waves are called gravity waves, which incidentally have nothing to do with the more famous, Einstein-inspired gravitational waves of spacetime. Just like with ocean waves, gravity acts as the restoring force.) The gravity waves turned into shock waves as they traveled to the star’s surface, carrying an enormous amount of energy and throwing off the star’s outermost layer.

Forty days later, the unavoidable core collapse tore the star apart. As the debris raced outward, it slammed smack into the slower gas from the pre-supernova outburst, leaving tell-tale signatures of the collision in SN 2010mc’s light curve and spectrum.

This model might be common to all exploding stars of a certain type called Type IIn. Another paper recently accepted for publication in the Monthly Notices of the Royal Astronomical Society examines supernova 2009ip, which may have undergone a similar pre-supernova outburst in under two months before the star went supernova.

“The light curves of SN 2010mc and SN 2009ip (during its 2012 activity) are remarkably similar,” says Jon Mauerhan (University of Arizona), who was not involved in the Nature article. “That suggests the same physical mechanism could be at work in both cases.”

There’s a key difference: 2009ip started out as a supernova impostor. The star, known as a luminous blue variable, emitted outbursts in 2009, 2010, and then in 2012. Because Mauerhan and his colleagues were already watching the star, tracking its brightness and measuring its spectra, they were able to watch as the star finally went supernova for real about one month after the 2012 outburst. While the 2009 and 2010 outbursts were likely due to a different process, the 2012 pre-supernova flare-up may have been similar in nature to 2010mc.

“There is still so much mystery surrounding pre-supernova outbursts from massive stars,” Mauerhan explains. “With the development of efficient telescope surveys, such as the Large Synoptic Survey Telescope (LSST), more and more examples of pre-supernova activity from massive stars will be revealed and will improve our understanding of the physics involved.” The LSST is due to begin watching the sky in 2021.

I’m sure Dr. Young was referring to star death instead of the end of our world, but “Harbinger of Death…” IS a quite apocalyptic sounding title. While I agree with the above commenter for “keeping on the watch” as Jesus instructed (Matthew 24:42), I don’t think that Supernovas in distant galaxies are part of the sign he gave (Matt 24:3). As shown by the base 26 nomenclature that astronomers use to label supernovas hundreds of them are found every year, (i.e. SNs 2010mc & 2009ip were the 341st and 250th SNs of their respective years) and SNs have been popping off at this rate and with even greater frequency for billions of years.
(For what Jesus actually included in the sign see Matt 24:4-14.)

It would be very cool to be able to watch a supernova from the very first moment, and helpful to science, I'm sure. I don't know much about the physics of supernovas, but I imagine that as our observational methods become more sensitive, our theoretical models will have to make greater allowances for the differences between stars. It's very helpful to describe general patterns and consistent mechanisms, but each star (or pair of stars in Type I supernovas) is going to have unique qualities that change how the star blows up and the light that is produced. In psychology there is an aphorism that each person is like all other people in some ways (biology), like some other people in some ways (culture), and like no other person in some ways (individual psychology). As we learn more about stars, I imagine we will learn that they are best understood within a similar paradigm.

And isn’t the endless variety in nature (and in human natures) fascinating Anthony. In space, even as the apostle Paul noted, “star differs from star in glory” (1st Corinthians 15:41). As no two people are the same, isn’t it likely that no two stars are exactly the same? As no two people have identical fingerprints, no two stars would be likely to have exactly the same characteristics. Then when you add in the planetary systems that we're now finding around so many stars, isn’t it likely that, just as no two snowflakes are the same, no two stellar systems will be the same either. And even as their lifetimes as normal stars are ending, stars hurl great percentages of their enriched elements back into space where new stellar systems can emerge. Since being close to an exploding supernova is deadly, its good for us that only about 1 per century go off in our galaxy at present, but its also wonderful that there are so many galaxies and so many telescopes keeping watch on the nightly skies that we can find hundreds of supernovae per year. Viva the variety.

Fortunately, massive stars that go supernova have short fuses, and tend to explode near their birthplace. One such went off very near the solar system, around the time of its inception. Rather than being lethal, this event may have been quite fortuitous, if for no other reason than it provided a radiometric clock for future geologists. It is reported that the oldest rocks (meteorites) dated this way are 4.685 billion years old, which is then given as the exact age of the solar system. Since there would be no radiometric clock without a supernova seeding the solar system with radioactive elements, it seems 4.685 billion years is not the age of the solar system, but the age of the clock. The collapse of a large cloud of gas and dust into a cluster of newborn stars was a long, drawn-out process. There would have been some exact moment when the sun’s nuclear furnace finally ignited, but that moment is not recorded by the radiometric clock, which began ticking only after a nearby supernova went off.

Yes, why was Anthony’s comment deleted? It was a very good comment which was not in any way objectionable. It must have been an accidental deletion. The thread is missing an important link in the chain of thought, and I hope that it can be restored to where it belongs

Right Peter, the smaller stars that form in open clusters are more likely to be gravitationally kicked out the nest (duality!) so they are likely to carry their planets out to safer distances by the time any of their larger siblings (which helped to cast them out from the nursery) detonate.
But these detonations are what generate via rapid nucleosynthesis the elements beyond iron. These include radioactive elements such as uranium whose slow decay can keep the cores of planets molten for billions of years. So supernovae are a tremendously important reason why long-lived life is possible at all in this amazingly well designed universe. 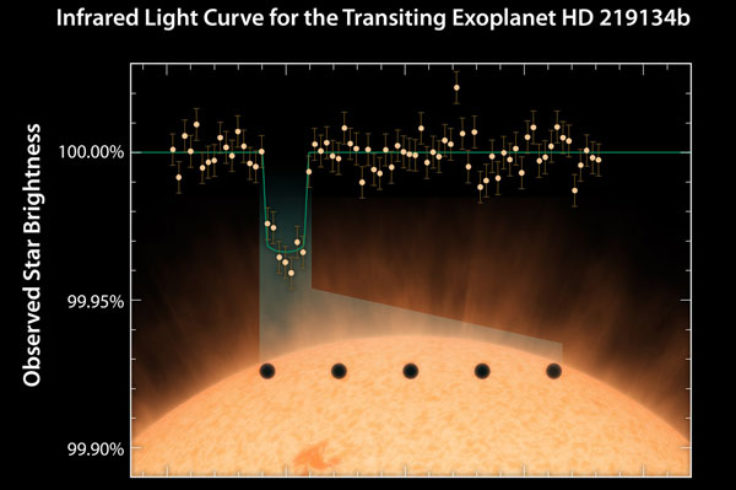 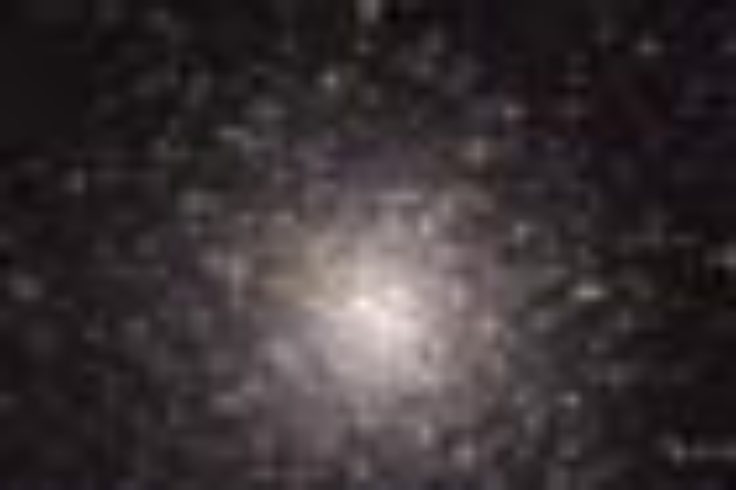