The song Coming Home on a Wing and a Prayer, written in 1943, tells the saga of warplane damaged so badly that it was barely able to limp back to base. 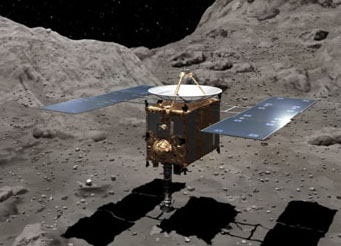 A depiction of Hayabusa's touchdown on the asteroid 25143 Itokawa in November 2005.

Right now another crippled craft is heading home, and this one has a lot farther to travel. On February 4th the Japan Aerospace Exploration Agency restarted one of four xenon-fueled engines aboard Hayabusa, which suffered multiple malfunctions and was nearly lost in November 2005 during its grab-and-go encounter with asteroid 25143 Itokawa.

JAXA's announcement didn't provide many details. The spacecraft had been coasting toward Earth since November 2007, but it need to increase it speed by 900 miles per hour (400 meter per second) in order to complete its return to Earth in June 2010.

If and when that occurs, Hayabusa (which means "falcon") should eject a sealed capsule designed to parachute safely to the ground. Only then will JAXA engineers know for sure whether any bits of Itokawa lie waiting inside.

When it landed on the asteroid, the craft was supposed to fire a small spherical projectile into the surface in order to drive debris up into a collection chamber. But inexplicably the firing mechanism wasn't activated during its half hour on the surface. No bullet, no sample. Conceivably (fingers crossed), a few particles of dust ended up in the capsule anyway.

But let's not get too optimistic. Hayabusa still has a long road back. Although three of its four engines are still functional, JAXA engineers hope to power the craft for the next 13 months using only one of them — and it's already logged 31,000 hours of operation. As the announcement states, "We are continuing to pay careful attention to our onboard equipment and are doing our utmost to operate [the craft] with the greatest care."

As I was told by several sources, the promised telescope is being back ordered. Initially, it was stated March 10th as expected delivery date. Today I received a back order statemnent that now just says in the Spring whatever that means.

Not a Quark Star After All? 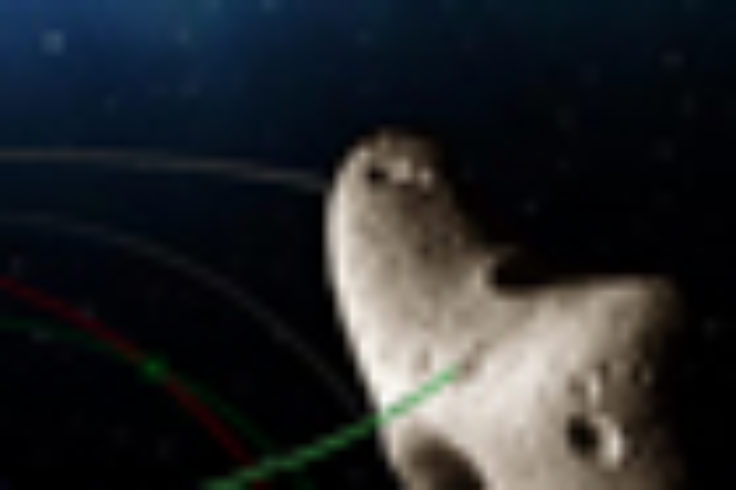 Mission Planning for the Public