Are you tired of seeing space research and education always being the victim of governmental budget battles? Would you like to see a change in space funding and increased funds for space exploration, science, and space education? UwinguTM, LLC was formed to effect just these kinds of changes. 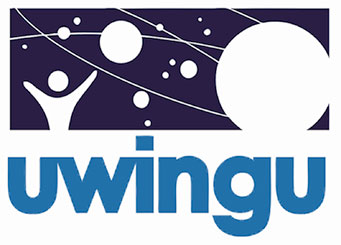 People often ask how Uwingu got its name. The answer is really simple. Because we want both our product sales and our impact on researchers and educators to be worldwide, we wanted to have a name that signified something beyond US borders. We chose Uwingu (pronounced, ‘oo-wing-oo’) because it is a very old Swahili name for the sky and because we liked its sound and symmetry.

We're planning a series of software products that will be hosted on the Uwingu web site to earn revenue. From that revenue we hope to create a new, private-sector funding stream of millions or even tens of millions of dollars annually for space projects of all kinds, which we call The Uwingu Fund.

The Uwingu Fund will provide grants to researchers, educators, and even mission teams who propose meritorious projects in any field of space exploration, space research, or space education. Uwingu has already announced their first project: funding the SETI Institute's Allen Telescope Array's science team. Uwingu will donate half of all "bonus" funds above its $75K business launch target to the ATA.

We expect to be funding individual research and education projects at first, but later we hope to expand that to whole project teams or even space mission teams. The interview below, hosted on Pamela Gay's Science Hour says a lot more about that, and what a great impact even small grants can have for students, teachers, and individual scientists. (Some technical difficulties delay the beginning of the video — go to the two-minute mark to see the interview):