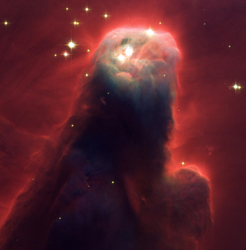 Soon after it was installed on Hubble, the ACS captured this image of the Cone Nebula, a stellar nursery shrouded in hydrogen gas.

The Hubble Space Telescope’s main camera went offline on June 19th, when a problem with its power supply forced it into safe mode. Engineers are currently trying to understand what caused the problem in the Advanced Camera for Surveys (ACS), but, in the meantime, Hubble’s remaining instruments continue to function normally.

"Hubble is not dead," says Cheryl Gundy, deputy news chief for the Space Telescope Science Institute (STScI), which operates the Hubble. "Some headlines have said 'Hubble is blind!' Hubble is functioning. It's just this one instrument that is offline."

STScI reports that the camera entered safe mode when the power-supply voltages maxed out, perhaps because the instrument overheated. Why it overheated is unknown, though one possibility is that it was hit by an especially energetic cosmic ray, Gundy says. A malfunctioning transistor might also be to blame, in which case mission engineers can switch to a back-up. Managers plan to keep the camera in safe mode until they determine what caused the problem.

The ACS is Hubble’s most versatile camera, and its shutdown put a hold on one team’s search for galaxies at the edge of the observable universe. A group led by Massimo Stiavelli (STScI) was using the ACS to peer into the region of the Hubble Ultra Deep Field for galaxies with redshifts greater than 6 – the farthest, faintest galaxies yet identified. The team has completed about half of its observations, using ACS to expand the Hubble Ultra Deep Field from the optical into the infrared. STScI plans to reschedule the interrupted observations once ACS is back online.

"We hope that the observations will be rescheduled," says Anton Koekemoer (STScI), an astronomer on the Hubble Ultra Deep Field team. “But in terms of what will happen to the calendar now, it’s difficult to say.”

Installed by astronauts in 2002, the ACS has captured some of Hubble’s most breathtaking views of the universe. The camera’s wide field of view and sensitivity to light from ultraviolet to infrared have allowed astronomers to observe some of the youngest and farthest objects in the universe, begin mapping the distribution of dark matter, and hunt for massive young exoplanets.

The ACS malfunction is the latest in a series of problems for the aging Hubble. In August 2004, the power converter for the seven-year-old Space Telescope Imaging Spectrograph (STIS) malfunctioned, forcing the instrument into safe mode. It has not worked since.

NASA hopes to launch the fourth Hubble servicing mission in late 2007 or early 2008, but administrators are waiting to see how the Space Shuttle performs in its next mission, scheduled for launch on July 1st. The next servicing mission would install six new batteries, six new gyroscopes, and two new science instruments: the Cosmic Origins Spectrograph and the Wide Field Camera 3.

Update June 30: NASA officials said at a press briefing this morning that they expect to have the ACS fully functioning again very shortly. 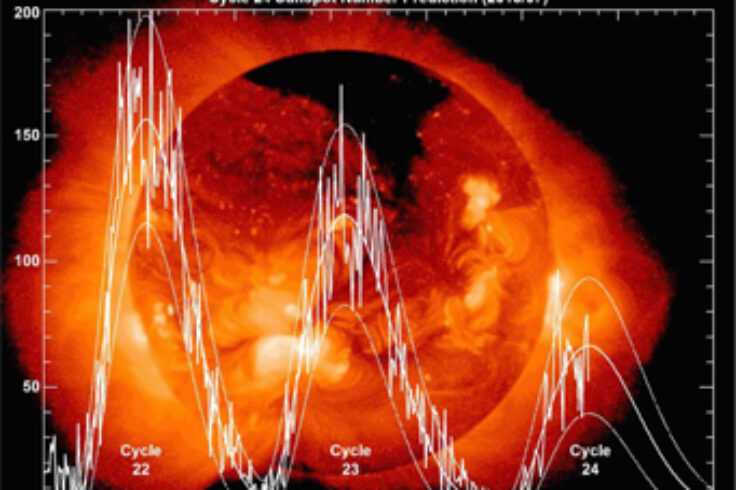 The Weakest Solar Cycle in 100 Years

The New Face of Mercury