A pair of high-resolution images taken from high above Mars appears to show the impact site of ESA's Schiaparelli lander.

Schiaparelli, a demonstration module intended to test technologies for landing on Mars, was supposed to thump onto the Red Planet two days ago, then relay images and weather data back to Earth. But engineers at the European Space Agency's mission control center in Darmstadt, Germany, feared the worst when none of those data came through.

Now they're closer to having answers thanks to a pair of images taken October 19th and 20th from high above the landing site by NASA's Mars Reconnaissance Orbiter. MRO's HiRISE camera reveals a distinctive white dot that hadn't been there one day before, along with an ominous black smudge about 1 km farther north.

According to a brief ESA press release issued today, the white spot could well be the 12-m-wide parachute used during the spacecraft's descent. The fuzzy dark spot, measuring about 40 by 15 m (130 by 50 feet), likely marks the impact of the spacecraft itself "following a much longer free fall than planned, after the thrusters were switched off prematurely."

Mission personnel continue to evaluate telemetry radioed to Earth during the descent, along with these images, and a more detailed report is expected in the days ahead. Sky & Telescope continues to monitor this developing story, so please check back for those additional details.

Actually, a lot of data came through from the landing phase, including from atmospheric sensors active during descent.
?Success or failure?: A mission with the goal of testing a range of landing technologies ... you have to add up which bits worked.:Heat shield, parachute, thrusters, altimeter - where was the problem, where was it not? Looking at the other image on the ESA website: Flight Dynamics can take a bow. The lander came down almost right on center of the landing ellipse. (I almost said "smack on center", but caught myself 🙂

We shouldn't go bagging the folks at ESA.
They gave it their best shot, and very nearly pulled it off.
Their Orbiter is still OK, so the Mission wasn't a total failure.
Keep up the great work, ESA... I'm still impressed by your efforts! 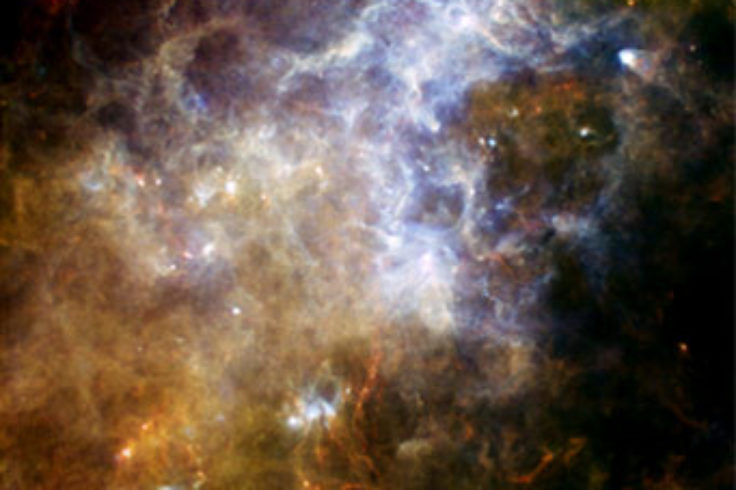