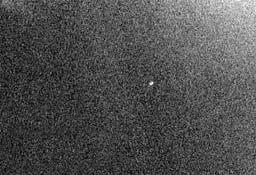 This video frame shows a lunar impact taken by Anthony Cook from atop an 11-story building in Alexandria, Virginia. Click on the image to see an animated GIF (334 KB) of the event. Each frame represents 1/60 of a second. The Leonid impact took place at 00:18:58 Universal Time November 19th.

During November's Leonid
meteor shower, while the Earth passed through the debris stream
shed by Comet Temple-Tuttle, it brought with it a straggler —
the Moon. A few hours after the pebble-size bits hit the Earth and
burned up in the atmosphere, the Moon underwent a similar bombardment.
The difference was that Luna had no atmospheric armor to protect her
from the incoming rocky rubble. Leonids hit the Moon fast and hard.
And two of those impacts were spotted here on Earth.

Back in the 1999 Leonid shower, astronomers made their
first-ever conclusive observations of meteors hitting the Moon. That
year, conditions were ideal to see impact-created blinks of light:
a first-quarter phase kept the target area in darkness while allowing
a prolonged good view from Earth. Seven brief flashes were recorded
on video cameras, the brightest reaching 3rd magnitude. In 2000 the
situation wasn't nearly as favorable. The last-quarter phase of the
Moon meant the Leonids impacted on the lit side.

But last month's spectacular shower during a crescent
Moon gave astronomers another chance to look for lunar impacts. Although
the Moon was visible only briefly from any given location before setting,
observers videotaped two impacts: one at 23:19:16 Universal Time (11:19:16
Eastern Standard Time) on November 18th, the second about an hour
later at 00:18:58 UT on the 19th. The latter was the brightest and
reached 4th magnitude.

Like other observers, Anthony Cook trained his video
camera on the Moon until it set, but didn't find the flash until he
reviewed his tape later. "The 00:18:58 flash jumped out immediately
and I [reported it]," says Cook.

Seeing these flashes of light no longer comes as a surprise
to scientists. In the past few years, researchers have found that
even small, low-density impactors, such as the Leonids, coming in
at ultra-high velocities (72 kilometers per second) should make brilliant
flashes. According to a study conducted by Natalya A. Artem'eva and
her two colleagues (Institute for Dynamics of the Geospheres, Moscow),
meteoroids need only be between 4 and 20 centimeters across to make
flashes visible from Earth. 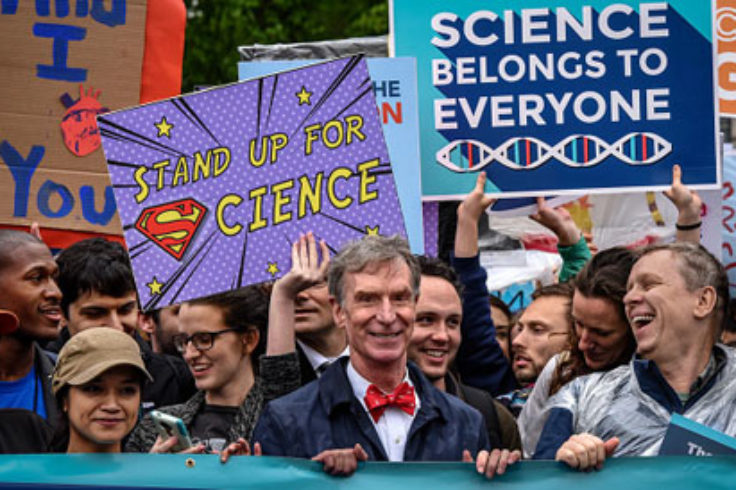 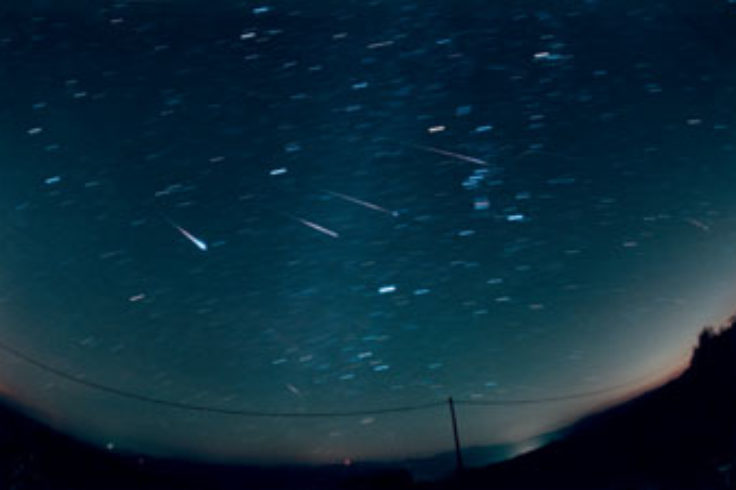