Stars still embedded in their natal clouds act as signposts to map the Sagittarius-Carina, Perseus, and Outer spiral arms of the Milky Way.

Spiral galaxies are one of nature's grandest designs, and also one of the weirdest. Even thought it looks like stars trace out spiral arms, in fact spiraling shock waves are what inspire new star formation.

The dynamics of Milky Way's spiral arms are all the harder to understand because we're trying to puzzle out their structure from within. Looking inward, thick dust lanes cloud our view. But looking outward is no easier, as stars become sparse and spiral arms difficult to trace.

Denilso Camargo (Universidade Federal do Rio Grande do Sul and Colégio Militar de Porto Alegre, Brazil) and colleagues are tackling this problem using embedded stellar clusters, groups of forming or just-formed stars still buried in their natal clouds of dust and gas. Camargo's team recently cataloged 437 of these embedded clusters, and now Camargo's leading an effort to find even more to map out the outer Milky Way.

What's remarkable about these efforts is that, in this computer-dominated age, these measurements are still largely done by eye. First Camargo and his colleagues pored over images in the Wide-field Infrared Satellite Explorer (WISE) all-sky survey to find the star clusters in the first place. Then, to measure the cluster's distances, they measured (again by eye) where the stars and protostars fall on a color-magnitude diagram.

Camargo's team report distance measurements to 18 embedded star clusters in the outer Milky Way, seven of them newly discovered in WISE images and 11 previously known. Seven of the clusters group together in the Perseus arm, and the authors ponder the possibility that all of these clusters formed in the collapse of a single massive cloud. Three clusters outline the poorly understood Outer Arm of the Milky Way.

Thank you for that clear and well-written (as usual) brief on current research. However in reading it, I had to stop and reflect on the statement "they measured (again by eye) where the stars and protostars fall on a color-magnitude diagram."

Sky & Telescope has frequently been accused of "dumbing down" its content in recent years, to the extent that Robert Naeye felt the need to dedicate a full page editorial in the print edition to it a couple of years ago (vehemently denying it, of course). And yet, when I started reading S&T in the mid-1980's, I don't recall authors being afraid to refer to the HR diagram by its name.

Mike, Dr. Young isn't dumbing anything down. A color-magnitude diagram is not exactly the same things as the Hertzsprung-Russell diagram. The HR diagram is for individual stars. A CM diagram is for star clusters.

Gloves Come Off in Fight to Save Hubble 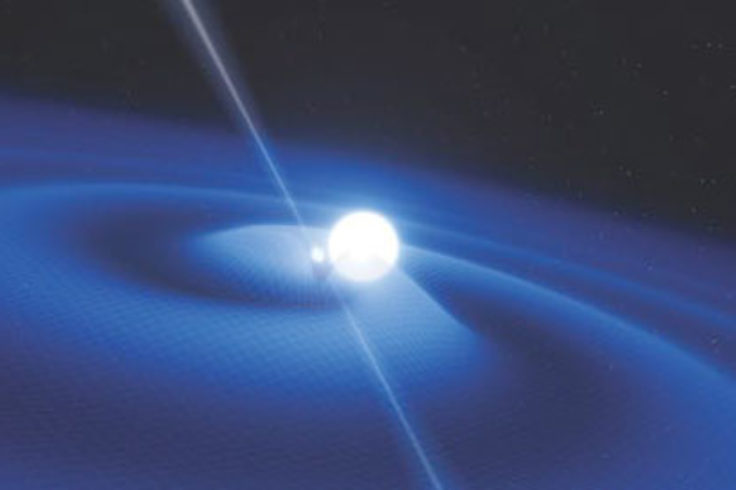