The failed Mars Polar Lander spacecraft, once thought found, remains missing after the proposed 'crash site' was reinvestigated in September.

Earlier this year, using information gained from observing the two Mars Exploration Rovers, Malin reexamined the older images looking for similar features. This time he identified what looks to be a parachute located several hundred meters away from a disturbed bit of ground with a large mark in its center. The parachute-like feature closely matched the Mars Exploration Rover parachutes (which were made of the same materials), and Malin believed the disturbed ground matched what one would see if a rocket had blasted the surface from a height of tens of meters — the final phase in the MPL touchdown maneuver. In the center of the disturbed ground was a notable mark — presumably the missing lander. 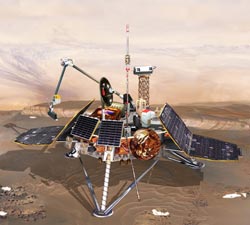 Mars Polar Lander disappeared without a trace on December 3, 1999.

The case was far from closed, however. More observations were needed to conclusively identify the missing lander. So MOC reexamined the scene on September 27th under nearly identical lighting conditions. Unfortunately the follow-up observations came up empty — the feature thought to be the lander was gone. Malin and his team conclude that the mark they saw in the older image was noise in the data.

Malin says that MOC will no longer look for MPL. Any future searches will be conducted by the Mars Reconnaissance Orbiter's HiRISE instrument, which can return images of the surface as detailed as 1 meter per pixel after it arrives at the Red Planet in March 2006. 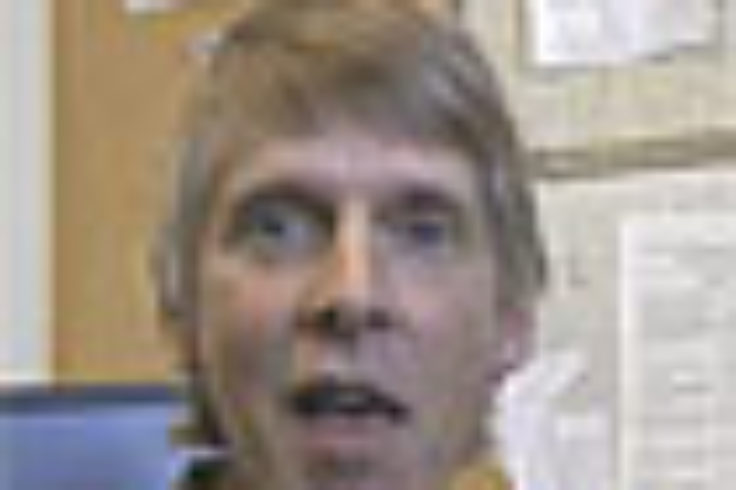